The Bangladeshi citizens had entered Assam from Karimganj district's Sutarkandi area on the international border of India and Bangladesh. 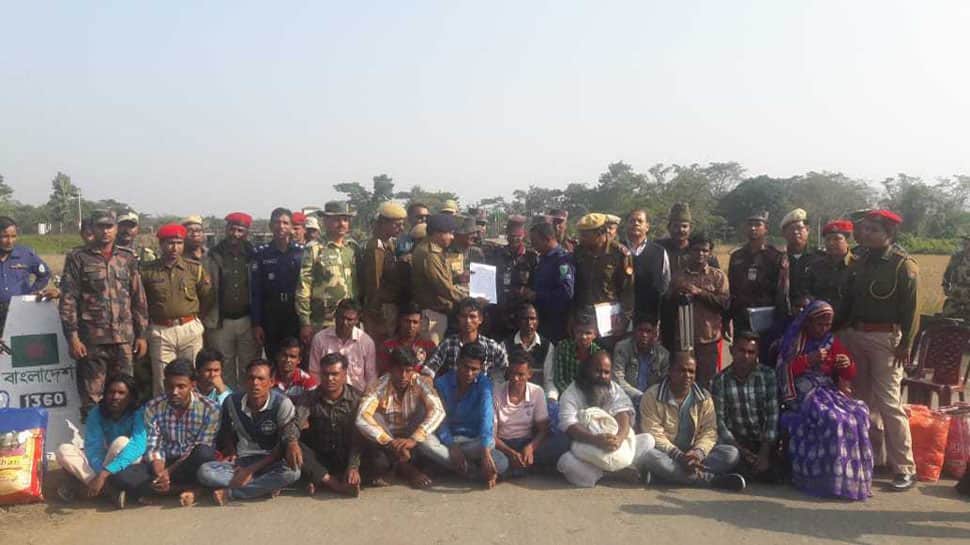 At least 21 Bangladeshi nationals, who were earlier arrested in Assam for violation of the Passport Act, were deported on Saturday. The Bangladeshi citizens had entered Assam from Karimganj district's Sutarkandi area on the international border of India and Bangladesh.

They were handed over to the Bangladesh Rifles and Bangladesh Foreign Ministry officials by the Assam Border Police Force and Border Security Force (BSF), on the outskirts of Karimganj district.

According to a local media report, deported them from the Sutarkandi Immigration Check Post (ICP) in Karimganj District. Speaking to local, Superintendent of Police (SP), Karimganj, Gaurav Upadhyay informed that all the Bangladeshis were held on different durations and were deported after detailed verification. They were detained at Silchar Central Jail and Karimganj District Jail, according to the local daily.

Bangladeshis infiltrate into Assam from the borders of Karimganj and Dhubri districts.

The deportation comes at the backdrop of the National Register of Citizens (NRC) which aims to help identify the genuine and the illegal citizens.

It also comes as protests rage in Assam against the Citizenship Amendment Bill. The controversial bill, passed in the Lok Sabha on January 8, seeks to provide Indian citizenship to non-Muslims from Bangladesh, Pakistan and Afghanistan after six years of residence in India instead of 12 years, which is the norm currently, even if they do not possess any document.