The Mind Sports Olympiad was held virtually with 30 participants up to 57 years of age from 13 countries including UK, Germany, UAE, France Greece and Lebanon. 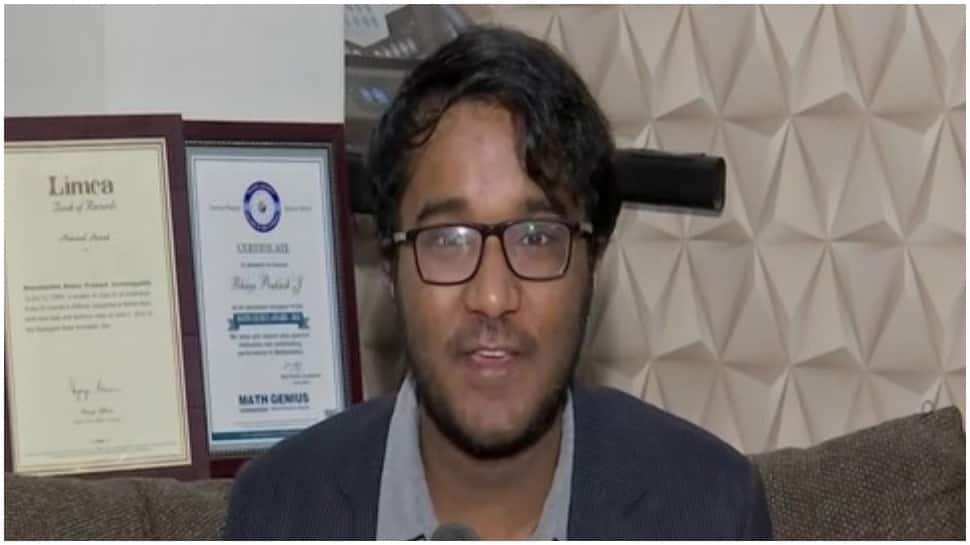 Bhanu Prakash is a student of Mathematics (Hons) at Delhi University's St Stephen College and holds 4 world records along with 50 Limca records for being the fastest human calculator in the world.

"I hold 4 world records and 50 Limca records for being the fastest human calculator in the world. My brain calculates quicker than the speed of a calculator. Breaking these records, once held by Math maestros like Scott Flansburg and Shakuntala Devi, is a matter of national pride. I have done my bit to place India on the global level of mathematics," Bhanu Prakash told ANI. 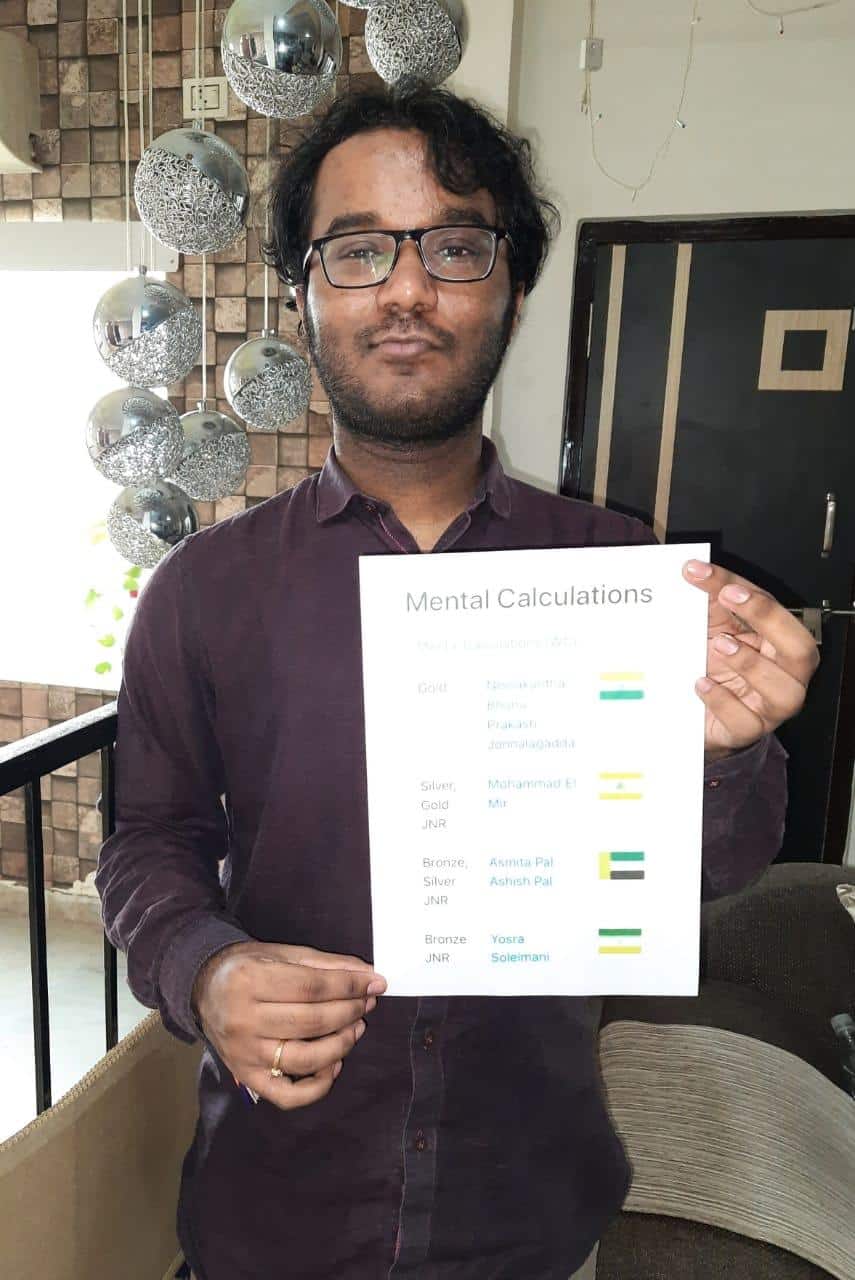 "I won a gold medal for India at the MSO, London 2020 held on August 15. This is the first time that India has won a gold medal. The MSO is the most prestigious international competition for games of mental skill and mind sports which is held in London every year. This is equivalent to any other Olympic event in the realm of physical sports," he added.

MSO was held virtually with 30 participants up to 57 years of age from 13 countries including UK, Germany, UAE, France Greece and Lebanon.

Bhanu Prakash was 65 points ahead of a Lebanese contender and one from the UAE, who bagged the third position.

"Beating 29 competitors, up to 57 years of age, from 13 countries, I won the gold medal with a clear margin of 65 points. The judges were so spellbound by my speed, that they required me to perform more calculations to confirm my accuracy," he said.

Bhanu Prakash said his aim is to create "VISION Math" labs and reach out to millions of children to make them start loving maths.

"My vision is to create math labs, reach out to millions of children, under what I call in order to make them start loving math and arithmetic calculations. Three out of every four students who study in the government schools of India have trouble in understanding basic Mathematics. The phobia caused by math and the demotivation is the number two cause for kids opting out of the rural schools in India." he said.

"For any country to develop and thrive globally, numeracy is as important a skill as literacy is. Under the government`s listed goals, there are a lot of programs which emphasize on increasing the literacy, but as of now, there is no significant program or vision in increasing the mathematical abilities and numeracy which can put us ahead in the global race. Our visionary Prime Minister Narendra Modi should take the lead as I want to initiate and take `VISION MATH` of India ahead. A robust plan like this will put India on the global map of excellence and bring back the old Indian Math Glory," he added.

His father Srinivas Jonnalgadda expressed, "Bhanu proved to be the pride of India as he is the first Indian to win a gold medal at the Mind Sports Olympics. He holds four world records for being the fastest human calculator in the world, breaking records which were once held by the highly acclaimed mathematicians. At the age of 20, he not only stands with an array of awards but also with the vision and mission of eradicating math phobia which is a prevalent issue across the country."

"The Olympic Gold Medal win in Mental Math and Mind Sports should be recognized by the Central Government, as it has brought laurel to the country as big as the Gold Medals in physical sports like boxing or badminton. We believe that it is time to take math education forward with a robust collaboration with the Adani Foundation to provide underprivileged children with the best math education that is sure to put India on the global map of excellence and bring math the Old Indian Math Glory," he added.

Srinivas Jonnalgadda further said that Bhanu Prakash wishes to popularize brain training and arithmetic workouts among children to inspire them to learn math, and pursue it as a mental sport and bring back more Gold Medals in the days to come.