Delhi and near-by areas have experienced at least 6-7 earthquakes in the last one month. 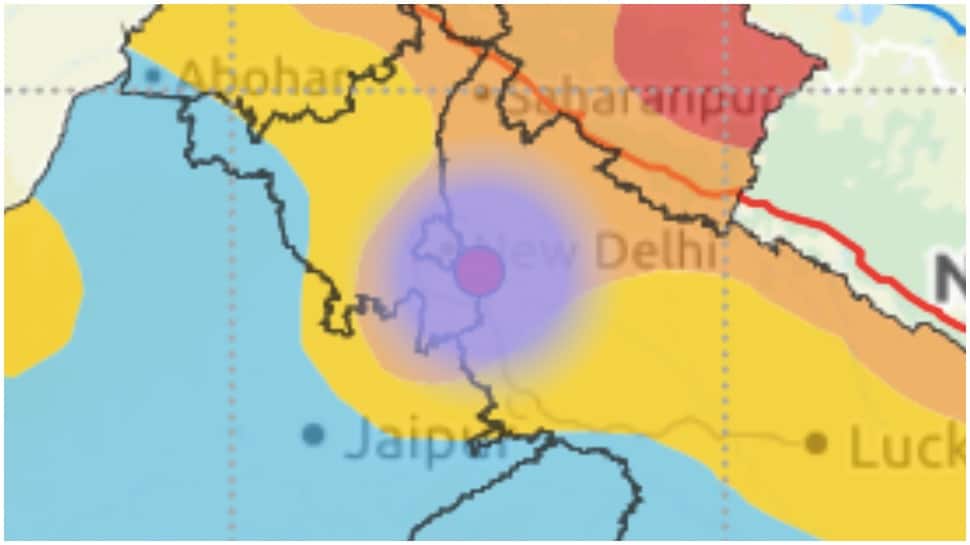 New Delhi: An earthquake of 3.2 magnitude hit Delhi, Noida and the surrounding areas on Wednesday (June 3, 2020).

According to the National Center for Seismology (NCS), "Earthquake of magnitude 3.0 struck 17km East of Faridabad (Haryana) at 10:42 pm today."

No casualties or major damage were reported at the time of filing this copy.

Earlier on May 29, a mild intensity earthquake of 4.6 magnitude on Richter scale jolted parts of eastern Haryana and Delhi-National Capital Region (NCR) at 9.08 pm. The earthquake's epicentre was Rohtak in Haryana and the depth was 3.3 kilometres.

Delhi and near-by areas have experienced at least 6-7 earthquakes in the last one month, increasing tension for the people who are already facing troubles due to coronavirus COVID-19 pandemic.

While speaking to Dr Soumitra Mukherjee, Professor of Geology at Jawaharlal Nehru University over the topic on frequent earthquakes in the past few weeks, he said that there is no need to worry about it as these tremors occur every year but yes it is necessary to be vigilant.

'However, no major earthquake shock has been predicted yet. But because Delhi Seismic Zone reads in four, it is necessary that these houses have a safety audit,'' he added.