35 dead, over 50 rescued after massive fire in Delhi's Anaj Mandi

At least 35 people died and over 50 were rescued after a massive fire broke out at a house in Anaj Mandi on the Rani Jhansi Road in Delhi on Sunday morning (December 8). 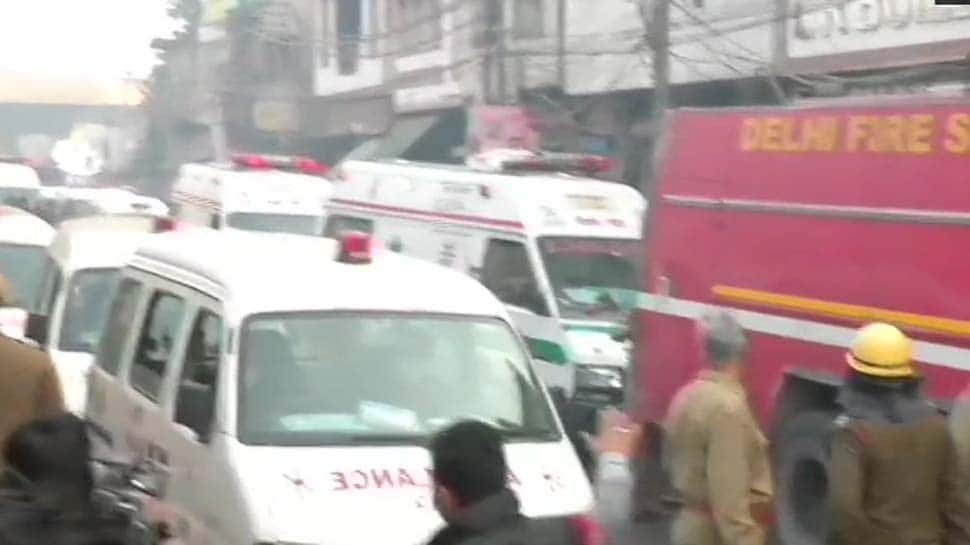 New Delhi: At least 35 people died and over 50 were rescued after a massive fire broke out at a house in Anaj Mandi on the Rani Jhansi Road in Delhi on Sunday morning (December 8).

The police fear that the death toll in the fire tragedy may cross 40.

Sources told Zee Media that over 25 fire tenders were rushed to the spot to control the raging inferno. Over 50 people have been rescued successfully so far. The cause of the fire is still unknown. Rescue operations are still underway.

Delhi Chief Minister Arvind Kejriwal expressed his condolence on the incident and said that rescue operations are on. "V v tragic news. Rescue operations going on. Firemen doing their best. Injured are being taken to hospitals," he tweeted.

Talking to Zee News, Atul Garg, Chief Fire Officer, Delhi Fire Service, said that some people have lost their lives due to asphyxiation. He added that some people are still trapped inside the building and rescuers are trying to them bring them out safely. He noted that the fire has been doused. The area has narrow lanes and it is hampering the rescue operations. According to Garg, sacks of clothes were stored inside the house which caused the fire to spread quickly. He said that this could be called the biggest rescue operation of Delhi.

Delhi traffic police has issued an advisory asking the commuters coming from St Stephen to Jhandewalan to use the Rani Jhansi flyover as the road below has been closed for public due to the massive fire.

32 dead in massive fire at a house in Delhi, rescue operations continue