It is to be noted that Rawalpindi is the home district of JeM chief Azhar and it is believed that he is currently holed up inside a military hospital in Rawalpindi.

At least 42 trained suicide bombers were living in Jaish-e-Mohammad's Balakot terror camp which was completely destroyed by Indian Air Force (IAF) in a swift and precise operation across the Line of Control (LoC) on Tuesday morning.

Intelligence sources said most of these suicide bombers were waiting at the launch pad to enter India and wreak havoc.

The Markaz Syed Ahmed Saheed Training Camp in Balakot was headed by Mohammad Salim alias Ustad Ghauri, the brother-in-law of JeM chief Maulana Masood Azhar. The terror camp was hit hard at between 3:45 am and 3:53 am by IAF's Mirage 2000 fighter jets in an operation which lasted around 21 minutes. The pre-dawn airstrikes by IAF destroyed at least three Jaish control rooms in Balakot.

The list accesses by Zee Media shows that out of 42 suicide bombers, maximum 14 were Rawalpindi and Attock. 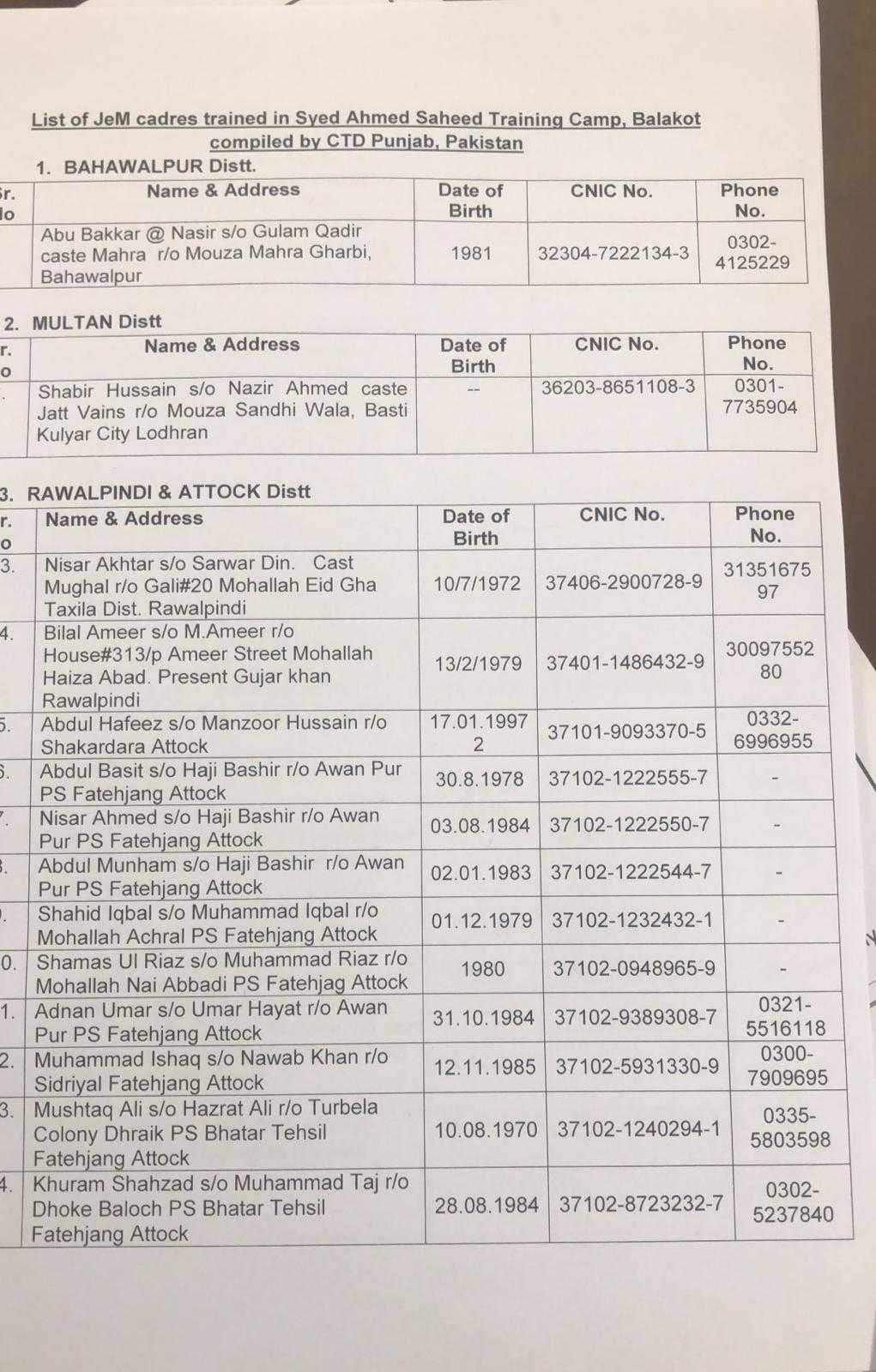 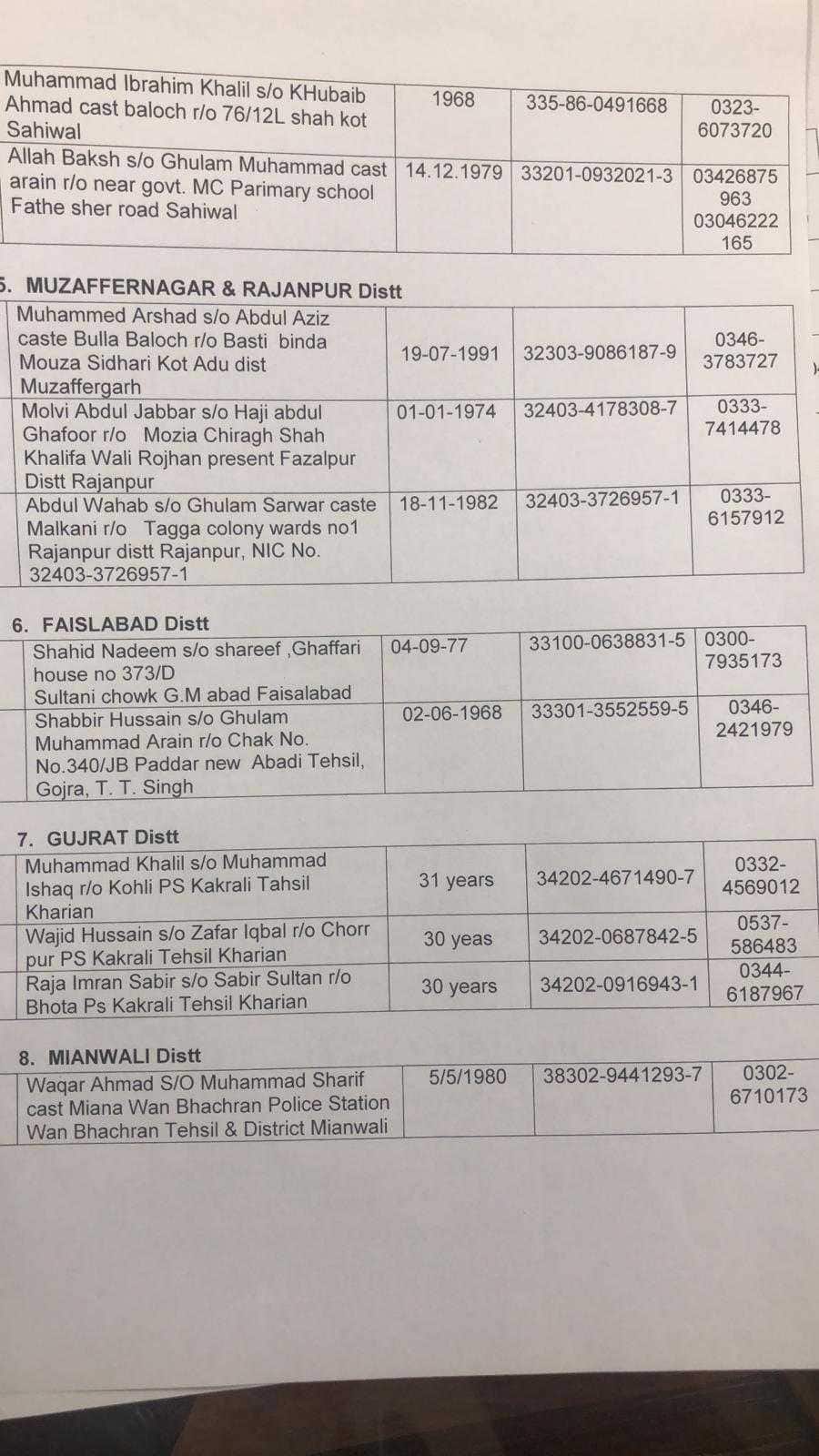 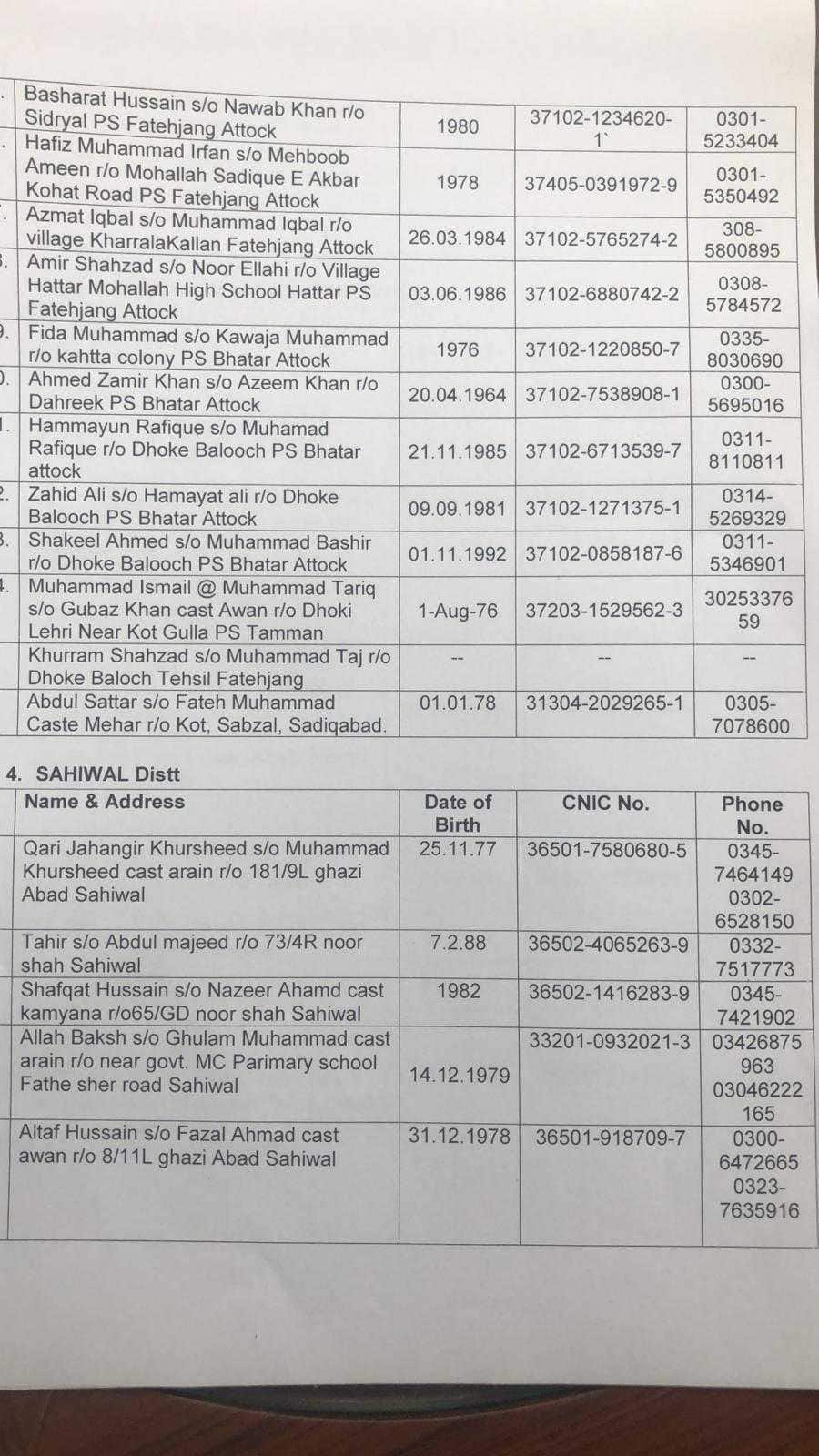 It is to be noted that Rawalpindi is the home district of JeM chief Azhar and it is believed that he is currently holed up inside a military hospital in Rawalpindi.

Sources added that before the inception of JeM under the leadership of Maulana Masood Azhar, the camp in Balakot was also used by banned terror group Hizb-ul-Mujahideen. Azhar and other senior terrorists used to visit this terror camp regularly to deliver inspirational lectures to new recruits.

Since the camp was situated on Kunhar river, it was a perfect place for the terrorists to undertake aquatic training. At least 300 terrorists were present inside the camp when IAF's Mirage 2000 dropped bombs on it. Most of the trainers were ex-army personnel, said sources.

Meanwhile, Maulana Masood Azhar on Tuesday confirmed that the air strikes took place at the terror camp of JeM at Balakot. Azhar, however, tried to save Pakistan's face by claiming that air strikes didn't cause any damage to his cadre or family members.

ANI reported that Maulana Ammar, Maulana Talha Saif, Mufti Azhar Khan Kashmiri and Ibrahim Azhar were among the 300 terrorists who were targetted by the IAF in the strike.