Heavy and continuous rainfall in the Terai region of Nepal has thrown life out of gear here and in Bihar. 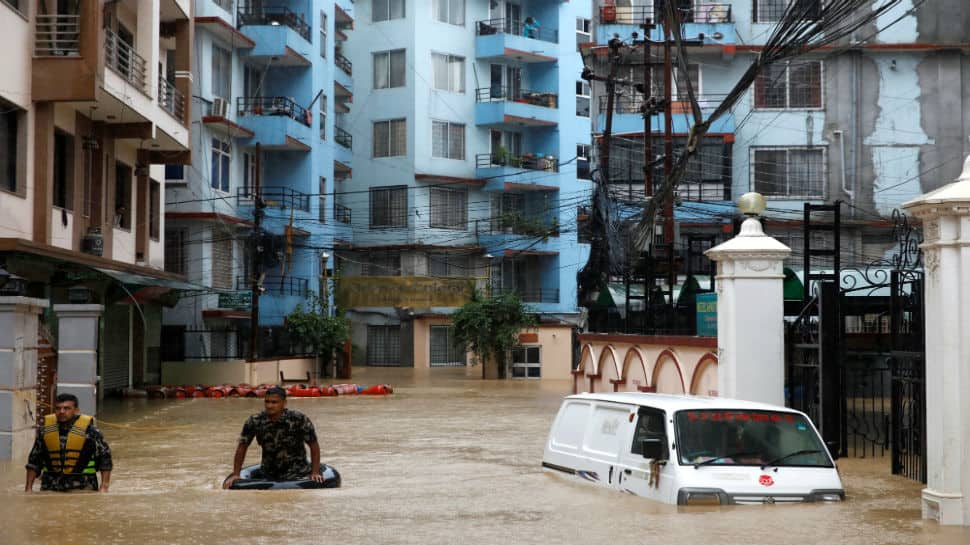 At least 43 people have reportedly been killed in Nepal and another 24 are believed to be missing as heavy rainfall has resulted in landslides and flooding in Nepal. Six districts in Bihar too are staring at floods as heavy rainfall batters border areas between India and Nepal.

Incessant rainfall in the past few days has resulted in water level in rivers in Nepal and Bihar swelling. This has posed a massive threat to people living in areas here with Nepal's Lalitpur, Khotang, Bhojpur, Kavre, Makwanpur, Sindhuli and Dhading at maximum risk. According to Nepal Police, the maximum number of deaths have been reported from here. The situation is unlikely to improve with predictions for moderate to heavy rainfall for most of Sunday as well. Rainfall has also reportedly hampered rescue operations but local authorities are continuing with their plans of bringing people to safer locations.

Efforts are also being made by Indian authorities in Bihar to take people to safer locations as at least six districts here face threat from floods. News agency IANS reported that water level in Koshi, Gandak, Budhi Gandak, Ganga and Bagmati rivers are on the rise. This has already resulted in many locals in Supaul, Muzaffarpur, East Champaran, West Champaran, Araria and Kishanganj districts to flee. Teams from National Disaster Response Force (NDRF) have already been deployed to assist with rescue and relief operations.

Torrential rain has been pouring in Bihar for the past five days and has caused a flood-like situation in many areas. Bihar Chief Minister Nitish Kumar has directed the administration officers to keep a vigilant eye on the water level of the concerned rivers and the dams in the state.