Forty-seven Assistant Commandants of the 68th Batch of Indian Coast Guard Law and Operations Course passed out of the portals of Indian Coast Guard Training Centre (ICGTC) on Wednesday in Kochi, Kerala. An impressive Passing Out Parade (POP) was held at the ICG district headquarters No. 4, Kochi. 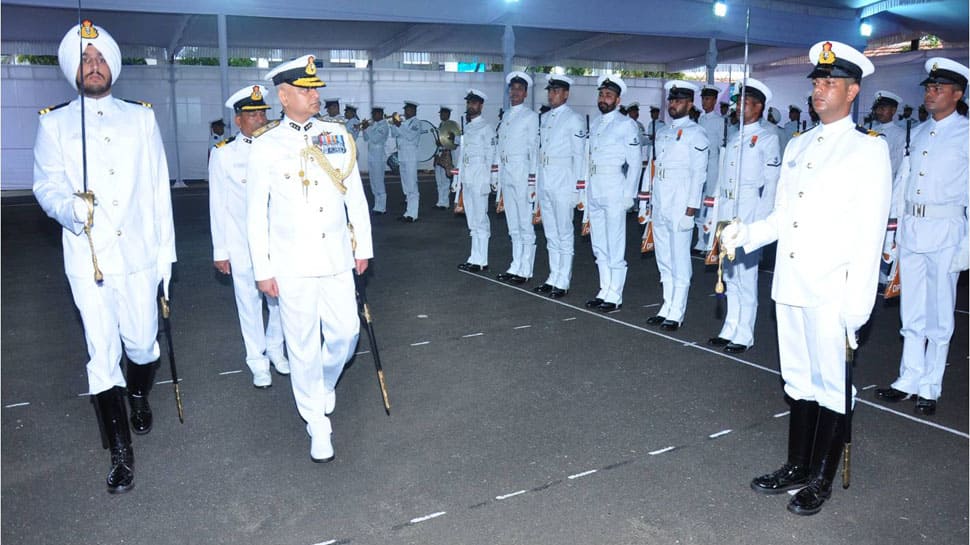 Forty-seven Assistant Commandants of the 68th Batch of Indian Coast Guard Law and Operations Course passed out of the portals of Indian Coast Guard Training Centre (ICGTC) on Wednesday in Kochi, Kerala. An impressive Passing Out Parade (POP) was held at the ICG district headquarters No. 4, Kochi.

The POP marked the successful culmination of the Technical Courses for the trainee officers. During the 10.2 weeks CG Law and Operations course, the officers have imparted instructions on Coast Guard specific subjects such as Maritime Law, Search and Rescue, Fisheries Monitoring & Control, Prevention and Control of Marine Pollution and other subjects related to the CG Charter of Duties.

The training at CGTC (K) ensured impetus to build professional calibre, practical broad base knowledge and critical thinking skills in the Officer trainees which are the key requisites for manning state of art platforms of Indian Coast Guard. It further grooms the young officers to develop as astute decision-makers, handling critical & dynamic situations at sea.

The POP was reviewed by Commander of Coast Guard Region (East)Inspector General Paramesh Sivamani. The ceremonial parade also witnessed the award of ‘Sword of Honour’ and ‘Book prizes’ by the Flag Officer to the meritorious trainee officers. Assistant Commandant Harjot Singh stood first in the 68thCG Law and Ops Course. The coveted “Director-General Sword of Honour” for the 67thBatch was awarded to Assistant Commandant Muthamizhnathan for standing first in overall order of merit in the course including afloat, technical and CG Ops and Law Courses.

Speaking on the occasion, Inspector General Paramesh Sivamani emphasized on the importance of training, commitment and discipline to be mission ready and respond to any situation at sea.The Flag officer highlighted the challenges and immense responsibilities that await these officers as they step into the operational platforms of the 4thlargest Coast Guard of the World.
He further added that the ability to set the right priorities, with the right attitude, professionalism and moral probity keeping the Nation and the Service before self, would form the bedrock of their character and assist them in taking tough decisions under challenging situations and environment. Sivamanialso congratulated the trainee officers and their proud parents for successful completion of training and becoming an integral part of the ICG.

Sushma Swaraj's husband, daughter salute her before her final journey