At least five people were arrested in Bihar's Nalanda district on Thursday after protesters beat to death the son of the man accused of killing a local RJD leader. 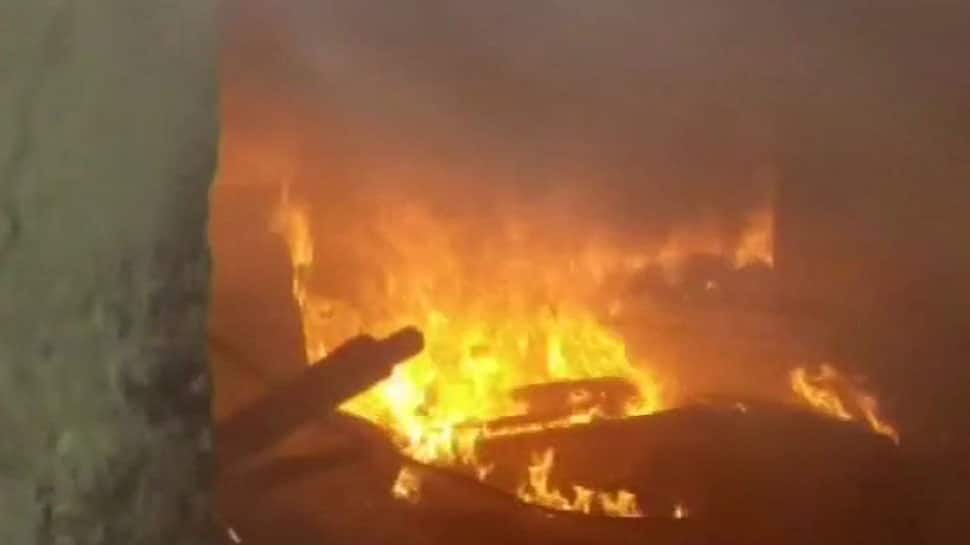 At least five people were arrested in Bihar's Nalanda district on Thursday after protesters beat to death the son of the man accused of killing a local RJD leader.

Violence erupted on Wednesday in where a mob, infuriated by the murder of a local RJD leader, beat to death two people - one of them a 13-year-old boy - and left another critically injured.

Indal Paswan - an office-bearer in the RJD's SC/ST cell - was ambushed by unidentified assailants and sprayed with bullets when he was on his way home at Maghanda Sarai village in the Deep Nagar police station area of the district after attending a function Tuesday night, they said.

His family members lodged a report with the local police station when he did not return at night and during a search operation, his bullet-riddled body was found in the fields nearby, the sources said.

Paswan's supporters, who had gathered at the spot in large numbers, began raising slogans alleging that a local resident Chunni Lal was behind the killing, they said.

A mob thereafter thrashed Chunni Lal at his residence and set his house afire, they added.

Two of Chunni Lal's associates - Ranjay Yadav, who is apparently his early teens, and Santu Malakar - were also brutally assaulted by the mob.

While Yadav succumbed to injuries at a local hospital, Malakar breathed his last on the way to the Patna Medical College and Hospital in the state capital, the sources said.

The situation was brought under control after senior police officials, including Sub Division Police Officer (Sadar) Imran Parvez and Deputy SP (law and order) Sanjay Kumar, reached the spot and dispersed the crowd, they added.

Soldier killed, another injured in avalanche near LoC