As many as five people died and five others were severely injured after a huge boulder collapsed over their vehicle at Teen Dhara in Devprayag district of Uttarakhand on Saturday. 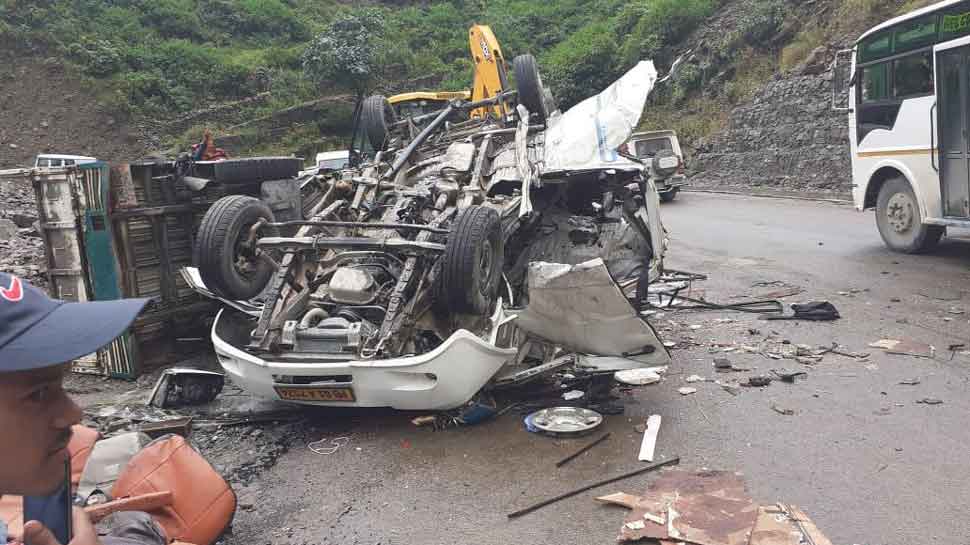 Devprayag: As many as five people died and five others were severely injured after a huge boulder collapsed over their vehicle at Teen Dhara in Devprayag district of Uttarakhand on Saturday.

The accident took place on the Rishikesh-Badrinath Highway number 58 where a landslide had occurred at Teen Dhara. The victims' vehicle, a tempo traveller got caught in the debris of the landslide, and a boulder collapsed over it.

Uttarakhand: Five people died and five were injured after the vehicle they were travelling in got stuck in debris following a lanslide at Teen Dhara, Devprayag, today. Injured have been admitted to hospital. pic.twitter.com/LYqKV1ykyT

Five people died on the spot while five others were rushed to the hospital in critical condition. They are receiving treatment currently. According to Zee Media sources, all of the people travelling from Uttarakhand belonged to Mohali in Punjab.

Earlier on Friday, at least thirteen people lost their lives in a road accident at the Jodhpur-Jaisalmer highway. The tragic bus mishap took place near Dhadhaniya village in Jodhpur.

An FIR has been registered and an investigation has been launched to determine the cause of the accident.

Seven men, five women and one child are among those killed in the accident. Eight others who sustained injuries in the accident were referred to a hospital in Jodhpur.