A five-judge Constitution Bench will hear the pleas on Article 370 and the hearing will commence in the first week of October. 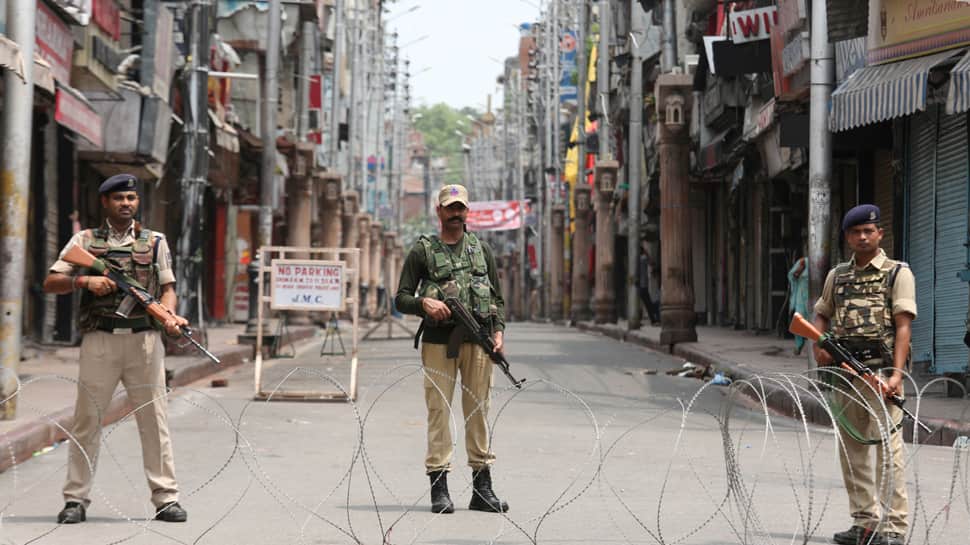 The top court also issued a notice to Prime Minister Narendra Modi-led central government, seeking its response on the matter.

As many as 14 pleas, of which two are habeas corpus, have been filed in the Supreme Court over the issue.

At first, the court heard a plea filed by a Jamia Millia law student, who sought permission to travel to Anantnag in Kashmir to meet him parents. The top court allowed him to travel to his hometown and directed authorities to ensure his protection.

The court, however, asked the student to report after he returned to the national capital.

Another plea filed by CPM leader Sitaram Yechury, wherein he claimed that he was not allowed to meet ailing former MLA Mohammed Yousuf Tarigami, was also heard by the court.

The court allowed Yechury to travel to Srinagar to meet his friend. However, he was directed that he must not indulge in any other activity.

Solicitor General Tushar Mehta opposed Yechury's plea saying only family members must be allowed to travel to the region as the situation is yet to get normal. The bench, however, declined his argument. Chief Justice of India Ranjan Gogoi said, "If a citizen wants to go, he has the right to access any part of the country."

Jammu and Kashmir is currently under an unprecedented security cover, following the abrogation of Article 370. Though restrictions have been eased in some parts of the region, the situation is yet to return to normalcy.

Apart from travel restrictions, mobile and internet services have also remained suspended. Landline services have, however, been restored.

On August 24, a delegation of opposition leaders, led by former Congress chief Rahul Gandhi, travelled to Srinagar. They were not allowed to go beyond the Srinagar airport, following they returned to the national capital. The opposition had questioned that if the situation in Jammu and Kashmir was "normal", why were they not allowed to visit the region.

Government authorities have, however, confirmed that no major violence or protest has taken places across Jammu and Kashmir. The government has assured that the situation is soon returning to normal. One major sign of normalcy returning to the Valley is the reopening of schools and government offices.