The incident occurred around 1 am. The bus was travelling to Chatarpur from Indore with 45 passengers on board. 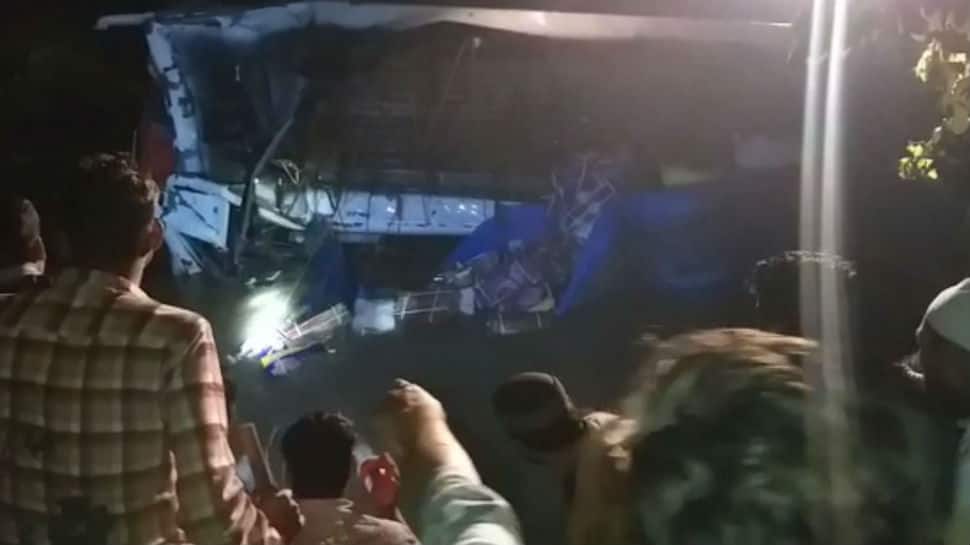 New Delhi: At least six persons, including a two-year-old child, were killed and 18 others were injured after a bus fell into a river in Madhya Pradesh's Raisen district on Wednesday night.

The incident occurred around 1 am. The bus was travelling to Chatarpur from Indore with 45 passengers on board.

Soon after the accident, police along with senior officials and the district collector reached the spot to supervise the rescue operation.

Out of the 18 injured, seven of them have been admitted in Raisen while 11 have been referred to Bhopal as they are in a serious condition.

"The flow of the canal was very fast. The two-third part of the bus was submerged into water. We have recovered dead bodies. While those who were critically injured admitted to Bhopal hospital, others were rushed to a nearby hospital," Umashankar Bhargav, District Collector, told media persons,  news agency ANI reported

Bhargav also said that Rs 10,000 each will be given from Red Cross to those seriously injured while Rs 5,000 will be given to the others.

An investigation is underway to probe the cause of the incident.