Seven members of a gang, involved in the kidnapping and holding people hostage for money were arrested in an operation conducted by Jaipur Police and rescued three people who were held in captivity on Sunday. 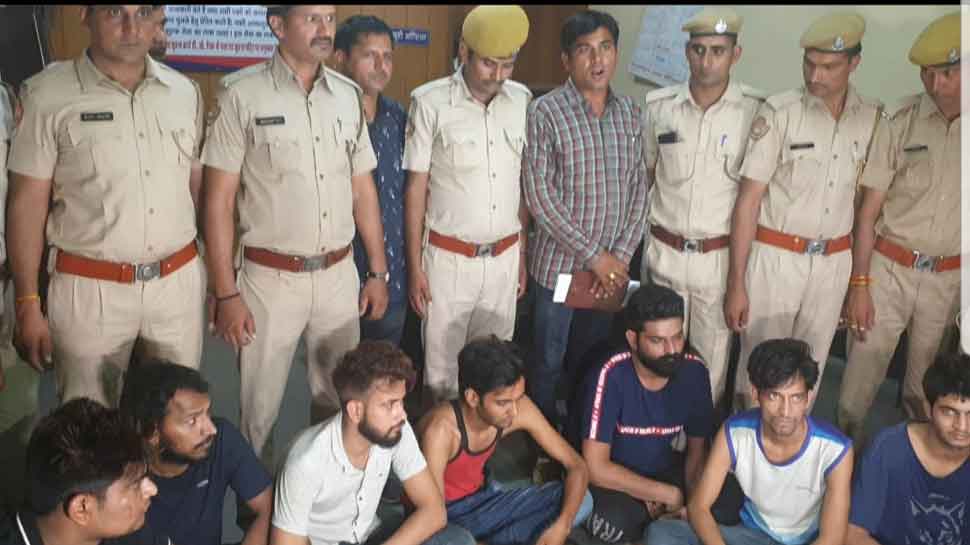 Jaipur: Seven members of a gang, involved in the kidnapping and holding people hostage for money were arrested in an operation conducted by Jaipur Police and rescued three people who were held in captivity on Sunday.

The police said that six of the seven were members of a gang in Haryana, which had several cases of kidnapping, extortion, loot and robbery registered against them.

The Bhankrota police of Jaipur launched the search operation in a flat on the ninth floor of Shankara Residency in Bhankrota area and recovered three cars, a BMW and several pistols.

Among the arrested, there was Lokendra Singh of Sodala in Jaipur while six others, namely Bhawani Singh, Deepak Rohila, Rahul Yadav, Pawan, Jitendra, and Anupam came from Haryana.

Police said that during the enquiry, the rescued people, Luftan Shaikh, Malang Shah, and Mohammad Shazad, revealed that they were interested in the trade of Bitcoin. The kidnappers lured these traders to Jaipur on the pretext of business opportunity and then took them to the rented flat.

The victims informed that they were beaten up, drugged and tortured into revealing their account details to the kidnappers. The accused would transfer money electronically from their accounts and would also call up their families to demand a ransom.

The police revealed that the accused were involved in at least 40 cases of robbery and kidnapping ranging from areas such as Jaipur, Mumbai, Haryana and Delhi.

On interrogation, it was also revealed that the mastermind behind the ploy was a man named Vicky, who is absconding, He would demand ransom as high as Rs 4 crore and would release the victims only on receiving the amount.

The seven arrested have been remanded into police custody while a search has been launched to nab Vicky.