Eighty-seven people, 70 of them students, were Tuesday rescued after their two buses got stuck in heavy snowfall, police said. 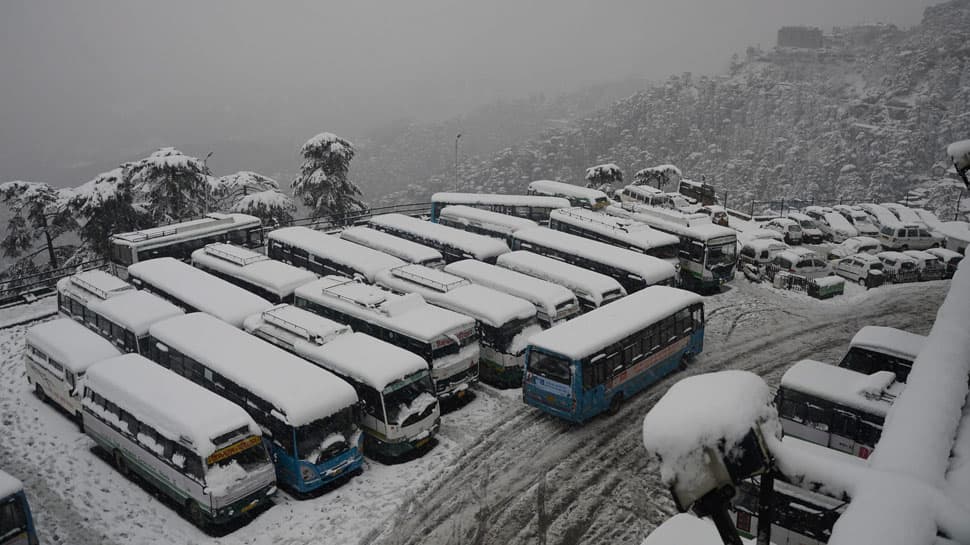 Eighty-seven people, 70 of them students, were Tuesday rescued after their two buses got stuck in heavy snowfall, police said.

The students and the staff from an institute in Lucknow were on a trip to Himachal Pradesh when they were caught in bad weather between tourist town Kufri and Chharabra in Shimla district.

All of them are safe, Shimla's deputy superintendent of police Pramod Shukla said.

The DSP said the police acted on learning that the two buses were stuck in the snow.

Police teams from Kufri and Dhalli then brought the 70 students and 17 staff members to safety.

Some of them were taken to a hotel in Shimla and the others put up at the Institute of Hotel Management (IHM) and with a Territorial Army unit in Kufri.

“Most of the main roads are open for traffic but the roads located in upper Shimla and upper Manali have been closed after heavy snowfall,” he told PTI.

“Men and machinery are on the job and if snowfall does not occur Wednesday, they will most probably be cleared for traffic,” he added.

Many educational institutes have winter vacations now. But in Chamba district some schools were closed as a precautionary measure, he said.