Addressing the nation, PM Modi said that his government, which is serving its second term, has taken several important steps within a short span of time. He said, "In just 10 weeks, our government is focusing on every aspect across dimensions." 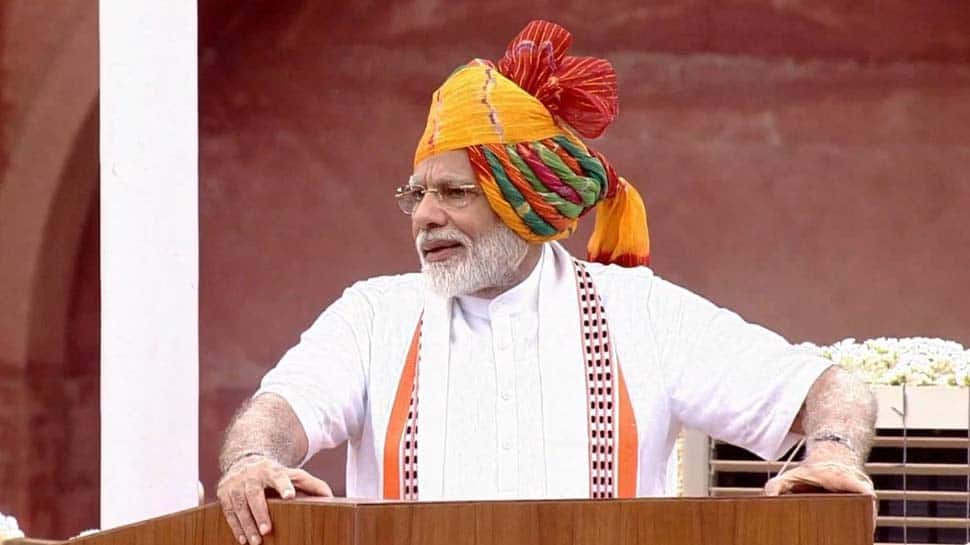 Prime Minister Narendra Modi on Thursday asserted that the abrogation of Article 370 and Article 35A is a step towards the realisation of Sardar Vallabhbhai Patel's dreams, during his speech at the Red Fort in the national capital on the occasion of India's 73rd Independence Day.

Addressing the nation, PM Modi said that his government, which is serving its second term, has taken several important steps within a short span of time. He said, "In just 10 weeks, our government is focusing on every aspect across dimensions. The citizens have given us the mandate to serve them again and we're working on it without a moment's delay. In this short span of time in every sector we have taken important steps. This includes decisions for Jammu, Kashmir, Ladakh, the end of Triple Talaq, steps for the welfare of farmers and traders."

"The revocation of Article 370 and Article 35 A is a step towards realising the dream of Sardar Vallabhbhai Patel. We gave justice to our Muslim sisters by acting against Triple Talaq," he added.

PM Modi also asserted that his government doesn't believe in creating problems or dragging them. "In less than 70 days of our new Government, Article 370 was revoked, and in both Houses of Parliament, two-third of the members supported this move," said the PM.

Slamming those who supported Article 370, he asked, "If this was so important then why was this Article not made permanent? After all, those people had huge mandates and could have easily removed their temporary status." He added, "India is questioning them."

He added that his government want to serve the people of Jammu, Kashmir, and Ladakh.

He also expressed complete solidarity to those affected by the floods, assuring all possible support to the affected.

"In 2013-14 when I was travelling in the country I saw hopelessness in eyes and views of people of the country, their query was, Will my country ever change. But in the past 5 years we all worked together and the mood of the nation changed-now there is belief & faith that we can change. We have to think about solutions to the problems people face. Yes, there will be obstacles on the way but we have to work to overcome them. Remember how scared the Muslim women were, who suffered due to Triple Talaq but we ended the practice, said the PM.

"Our Muslim daughters and sisters had the sword of Triple Talaq hanging over their head, in many Islamic countries this was removed long ago but there was some hesitation in our country. When we can abolish Sati, why not Triple Talaq," added the PM.