The Defence Secretary will introduce the General Officer Commanding, Delhi Area, Lt. Gen Asit Mistry to the Prime Minister. The GoC Delhi Area will then conduct the Prime Minister to the Saluting Base where a combined Inter-Services and Police Guards will present general salute to Narendra Modi. 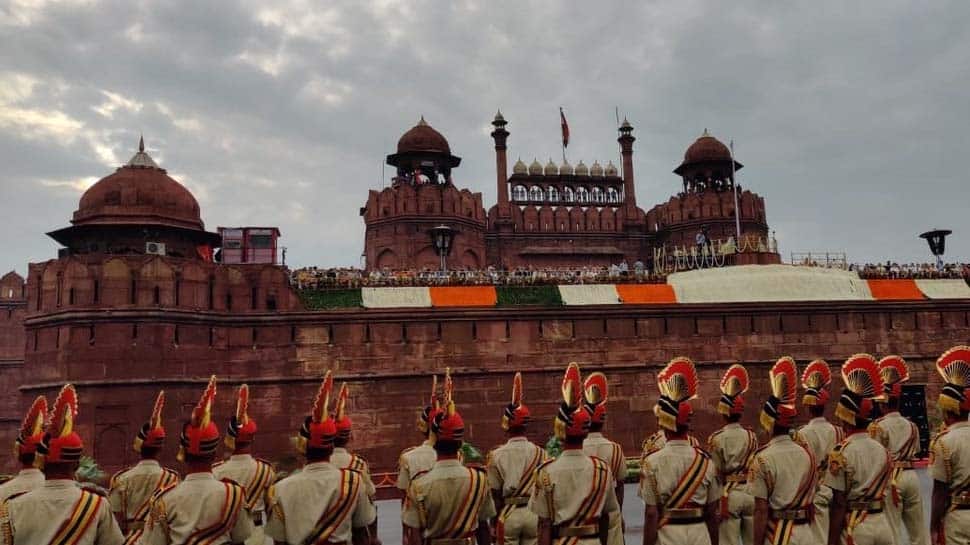 Prime Minister Narendra Modi on Thursday will lead the nation in celebrating the 73rd Independence Day at the majestic Red Fort in the national capital. PM Modi will unfurl the National Flag and deliver the customary address to the nation from the ramparts of the iconic monument. On his arrival at Lahore Gate of Red Fort, PM Modi will be received by the Defence Minister Rajnath Singh, MoS Defence Shripad Naik and Defence Secretary Sanjay Mitra.

The Guard of Honour contingent for the Prime Minister will consist of one officer and 24 men each from the Army, Navy, Air Force and Delhi Police. The Guard of Honour will be positioned directly in front of the National Flag across the moat below the ramparts.

The Army contingent for Prime Minister's Guard is drawn from the 2 Garhwal Rifles. The 2nd Battalion of Garhwal Rifles, was raised on March 1, 1901, at Lansdowne.

After inspecting the Guard of Honour, PM Modi will proceed to the ramparts of the Red Fort where he will be greeted by Rajnath Singh, Naik, Chief of Army Staff General Bipin Rawat, Chief of Air Staff Air Chief Marshal Birender Singh Dhanoa and Chief of Naval Staff Admiral Karambir Singh. The GOC Delhi area will conduct the Prime Minister to the dais to unfurl the National Flag.

The Indian Air Force band will play National Anthem when the National Guard presents ‘Rashritya Salute’ while the Prime Minister unfurls the National Flag. All Service personnel in uniform will stand and salute. The Band will be commanded by Junior Warrant Officer Pankaj Babu.

Flying Officer Preetam Sangwan will assist the Prime Minister in unfurling of the National Flag. Two Air Force Officers, Flt Lt Jyoti Yadav and Flt Lt Mansi Geda will be positioned on either side of the saluting dais for Prime Minister Shri Narendra Modi for ADC duties.

The unfurling of the tri-colour will synchronise with the 21 Gun Salute fired by the valiant gunners of the elite 2233 Field Battery (Ceremonial). The ceremonial battery will be commanded by Lt Col C Sandeep and the Gun Position Officer will be Regiment Havildar Major Kolate Rajesh Sripati.

After unfurling the National Flag, the PM Modi will address the nation. After the Prime Minister's address, school children and NCC Cadets will sing the National Anthem.