After the martyrdom of her husband, Nikita has set an example and has passed all the exams necessary to join the Army. 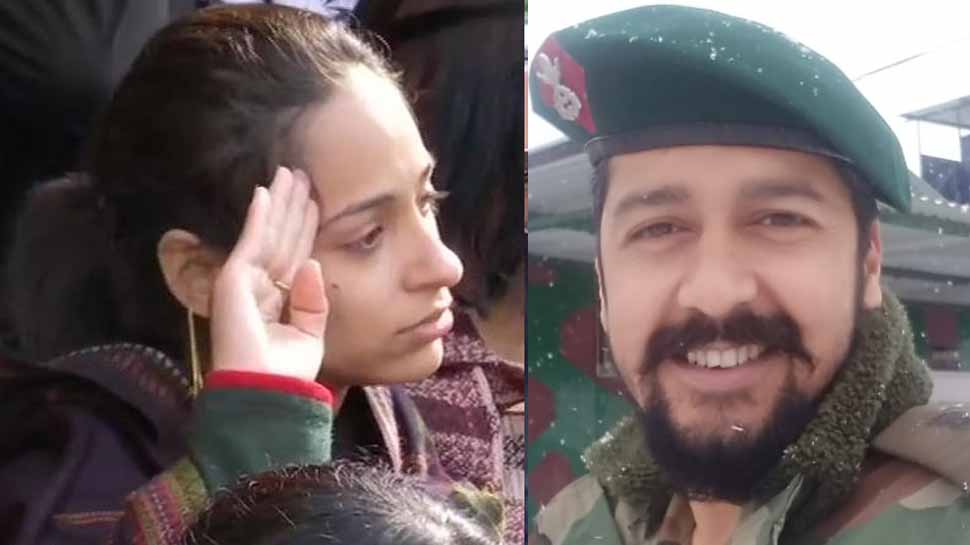 A year ago, Nikita Dhoundiyal was shattered when she came to know that her husband Major Vibhuti Dhoundiyal was martyred during an operation against the terrorists that took place following the February 14 Pulwama terror attack in Jammu and Kashmir. But now, Nikita has summed up the courage deciding to follow the footsteps of her late husband and is all set to join the Indian Army.

After the martyrdom of her husband, Nikita has set an example and has passed all the exams necessary to join the Army. A resident of Dehradun, she is now awaiting her joining in the Army. Drawing inspiration from her late husband and taking guidance from the Army, she chalked out this path for herself. She said that all this happened gradually and not in a day. Her family's motivation and support helped Nitika and gave her courage.

Speaking to Zee News, Nikita said that in life one should never accept defeat and even by losing, a person learns a lot. She added that a person learns only by becoming self-sufficient. Her late husband's memories always inspire her and will continue to do so.

These are the memories from which Nikita got so much courage and encouragement that she made it her passion to join the Army. To protect his motherland, late Major Dhoundiyal sacrificed his life and achieved heroism. Nikita also vows to serve her motherland.

Her courage, her passion and are truly appreciated. She inspires women who are often helpless and shattered in the face of such circumstances.

On February 18, 2019, Major Dhoundiyal died fighting terrorists in Pulwama in Jammu and Kashmir. On February 19, 2019, thousands of people paid their last respects at his residence in Dehradun. His mother Saroj, a cardiac patient, his wife Nikita whom he had married less than a year ago, and a host of relatives and friends were crying inconsolably as Major Dhoundiyal's coffin was kept for people to pay their last respects before being taken to Haridwar for the last rites.

Uttarakhand Chief Minister Trivendra Singh Rawat had also placed a wreath on the coffin amid cries of "Shaheed Dhoundiyal Amar Rahein" and "Vande Mataram". People had climbed to rooftops and also stood on either side of the road leading to the officer's residence.