While 12 children died due to the viral infection in Vaishali, at least 104 lost their lives in Muzaffarpur. 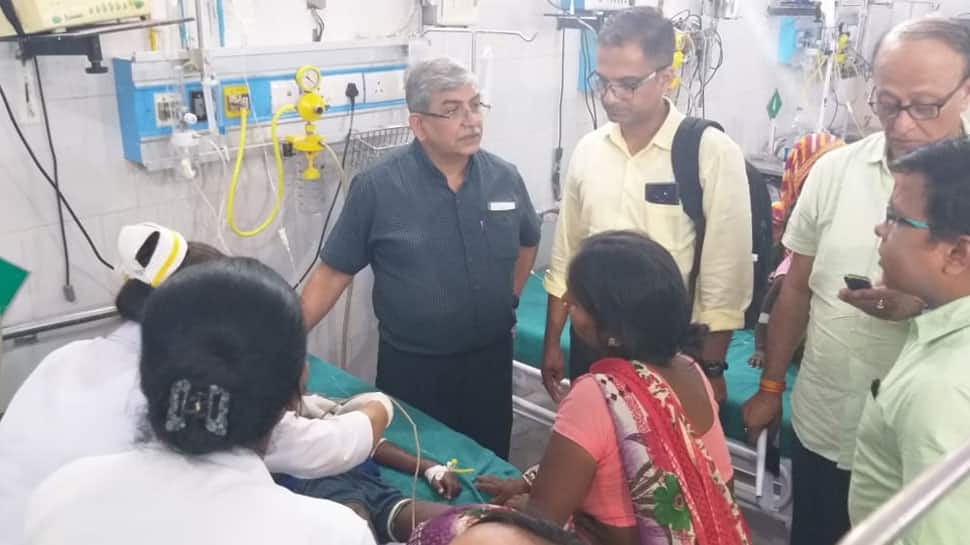 There seems to be no end to the menace of the Acute Encephalitis Syndrome (AES), which has till now claimed at least 126 lives in Bihar. While 12 children died due to the viral infection in Vaishali, at least 104 lost their lives in Muzaffarpur. Two AES-related deaths were reported from Motihari and Patna while five kids succumbed to the infection in Samastipur.

However, at least 100 other children recovered after getting treatment for the viral infection.

Expressing grief over death of children due to the infection, the Union Minister pointed that the number of cases had gone down considerably.

“Bihar needs state-of-the-art research facility to tackle the outbreak of this disease. Other organisations of the country which are involved in finding cure for AES must work together,” he said.

On Friday last, Muzaffarpur District Magistrate had ordered that schools would remain closed for students till class eight till June 22, and for students in higher standards, classes will be held only till 10.30 am.

Encephalitis is a viral disease, which causes mild flu-like symptoms such as high fever, convulsions and headaches and has been claiming lives in the district for the past few weeks.