At least 127 children have died from the AES in the state. 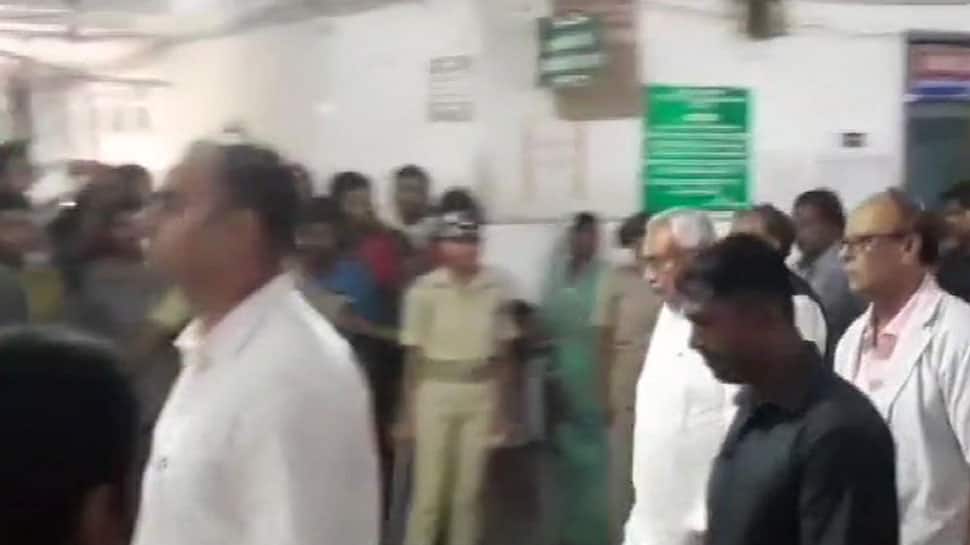 Bihar Chief Minister Nitish Kumar on Tuesday visited Sri Krishna Medical College and Hospital (SKMCH) in Muzaffarpur district, which is the worst-hit from the Acute Encephalitis Syndrome (AES) infection. At least 127 children have died from the AES in the state. When the Bihar CM reached the hospital, public grief gave way to outrage when the angry locals raised slogans outside the hospital. The crowd gathered outside the premises shouted slogans against the CM. More than 300 children have been admitted with complaints of AES since June 1 in SKMC hospital.

Hordes of people started shouting slogans like "Nitish Kumar go back", angry over the chief minister choosing to visit the city only after the number of casualties had crossed the three-digit mark, according to news agency PTI. Speaking to PTI, they pointed out to a water tanker. "This is today's development. Things are being spruced up so that it makes a favourable impression on the chief minister. Had the CM visited earlier, it would have made the concerned people pull up their socks and many lives could have been saved," one of them said.

Nitish Kumar, accompanied by Deputy Chief Minister Sushil Kumar Modi, and cabinet colleague and local MLA Suresh Sharma, went to the ICU inside the hospital to take stock of the situation before holding an impromptu review meeting with hospital authorities and other health department officials. He also met their parents. The Chief Minister will hold a review meeting with doctors and health officials later in the day to take stock of the situation.

Muzaffarpur is the worst-hit district in the state where a total of 107 children have lost their battle of life to the AES, followed by Vaishali where 12 children have died. Another five children died in Samastipur, two each in Motihari and Patna, and one in Begusarai.

After a review meeting on Monday, the government swung into action declaring that it would bear the expense for treatment of those found with the syndrome even if it took place at private hospitals. Instructions were also issued for equipping primary health centres with necessary facilities so that children with symptoms of AES in remote areas could be provided with medical attention closer home since, in several cases, the time involved in travelling to the district headquarters and seeking admission to hospitals had led to worsening of the condition of patients.

The Chief Minister had recently announced an ex gratia of Rs 4 lakh each to the families of the children, who died due to AES. He had also given directions to the Health Department, district administration and doctors to take necessary measures to fight the disease.