Niti Ayog has prepared a report for the scheme terming it as 'Health system for new India'. According to the Niti Ayog, there is no such health care scheme for middle class in the country and this is the reason the government wants to come up with this new scheme. 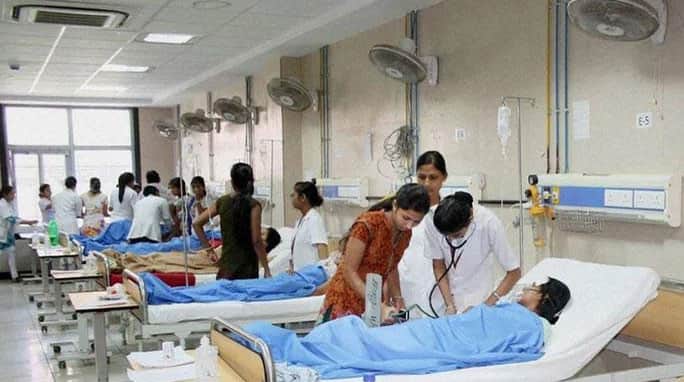 New Delhi: Prime Minister Narendra Modi-led government at the Centre will soon launch a health care scheme for middle class, said informed sources. The scheme will be similar to 'Ayushman Bharat' which is a government-sponsored scheme launched in 2018.

Niti Ayog has already prepared a report for the scheme terming it as 'Health system for new India'. According to the Niti Ayog, there is no such health care scheme for the middle class in the country and this is the reason the government wants to come up with this new scheme.

The government targets to cover atleast 50 percent of the country's middle class under this scheme. Moreover, if the government successfully implements the plan, then the middle class can avail good medical services by just paying a premium of Rs 200-300.

Taking the upper class in concern, the NITI Aayog report said that people belonging to this section can easily afford their health care expenses. Nearly 40 percent of the poor has been covered under the Ayushman Bharat scheme. Under this scheme, the government aims to open 1.5 lakh health and wellness centres by 2022. These centres will be equipped to treat host of diseases, including blood pressure, diabetes, cancer and old-age illnesses.

On Monday (November 18), NITI Aayog vice-chairman Rajiv Kumar released a report titled ‘Health System for a New India: Building Blocks-Potential Pathways to Reform.’ Commenting on the report, NITI Aayog Health Adviser Alok Kumar said that it has been prepared with an aim to devise a roadmap to set up a health system for those from the middle class. "So, nearly 50 per cent are still not covered under any public healthcare system and the idea is to pool their risk assets which will cater to the health care needs of the middle class," Kumar said.

The Niti Aayog's report was launched in the presence of Bill Gates, Microsoft co-founder as well as the co-founder of the Bill and Melinda Gates Foundation. Addressing the event, Gates said that India has a bright future because of its young population. The world's richest man added that human capital of any country is the sum total of its healthcare, educational and nutritional investment for its citizens.