Earlier on March 20 this year, when BJP leaders met for a CEC meeting, they were served with plastic water bottles. 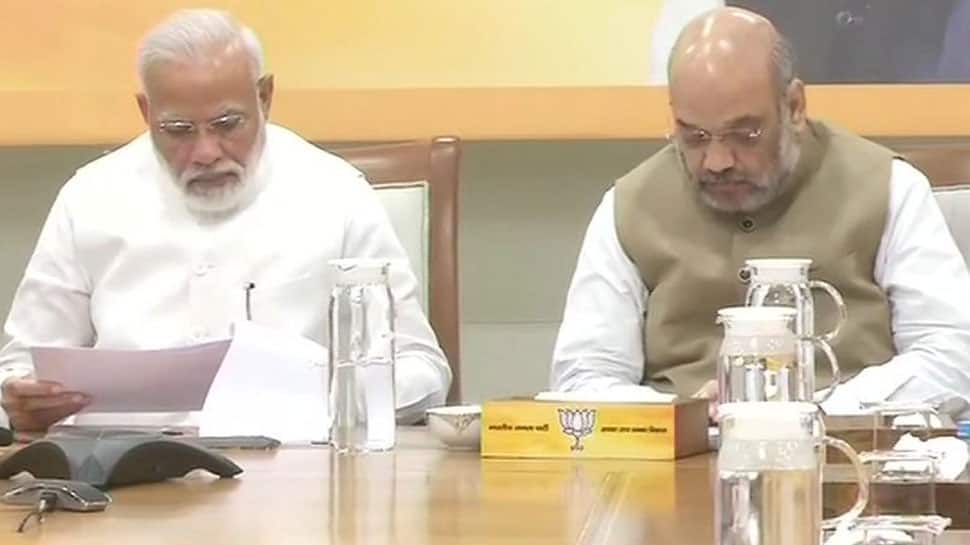 When the Prime Minister and other top BJP functionaries met for a Central Election Committee (CEC) meeting on Sunday, they were served glass jars instead of water bottles which were on the table during earlier meetings.

Earlier when the BJP leaders had met for a CEC meeting on March 20, they were served with plastic water bottles.

Addressing the citizen of the country during 57th episode of 'Mann ki Baat' today, PM Modi said that 130 crore Indians have resolved to get rid of single-use plastic on the occasion of Mahatma Gandhi`s 150th birth anniversary.

The Prime Minister also mentioned about the resolve and other steps being taken to combat environmental challenges, during his speech at the 74th session of the UNGA in New York.UN Secretary-General Antonio Guterres had appreciated the Government of India's decision to ban the usage of single-use plastic in the country, a move aimed at going beyond mere talks on climate change.

Since then, several government ministries, departments, offices and institutions have issued orders banning the use of single-use plastic from October 2.

The Ministry of Environment, Forest and Climate Change issued an order in which it called for encouraging the private sector to implement the ban on single-use plastic.

Indian Railways, the country's largest transporter, too decided to put a blanket ban on single-use plastic material in its premises, including trains from October 2.

It may be recalled that single-use plastic was also recently banned in the Parliament premises.