The exercise 'Vayu Shakti' involving over 140 fighter jets, military helicopters as well as a variety of missiles demonstrated the capability for short notice missions with pinpoint accuracy. 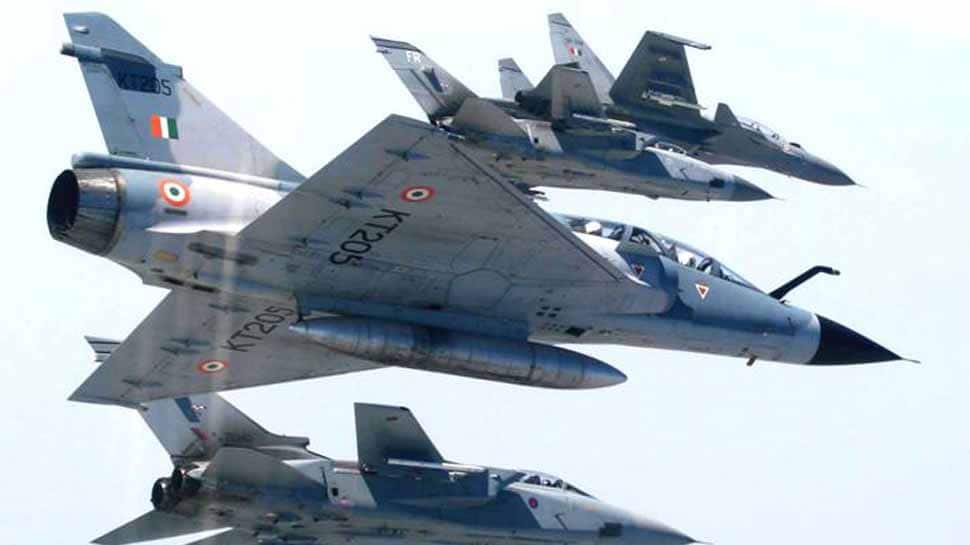 NEW DELHI: The IAF's massive pre-planned day-night exercise in Rajasthan's Pokhran desert close to the Pakistan border on February 16 underwent certain changes in its format following the Pulwama attack after the government considered an air strike option across the LoC which was carried out 10 days later, official sources said Monday.

The exercise 'Vayu Shakti' involving over 140 fighter jets, military helicopters as well as a variety of missiles demonstrated the capability for short notice missions with pinpoint accuracy.

Though it was a pre-scheduled exercise, the IAF top brass knew the government was considering using the air power to avenge the Pulwama attack on February 14, making the drill a dress rehearsal for aerial strike to target Pakistan-based JeM, top government sources said Monday.

They said the IAF even incorporated certain changes in the format of the exercise after receiving an indication from the government about a possible role for the Indian Air Force(IAF) to carry out a strike across the Line of Control(LoC) in Jammu and Kashmir.

Ten days later, in a well coordinated operation, a fleet of 12 Mirage 2000 aircraft supported by other platforms struck inside Pakistan, targeting the biggest terrorist training camp of Jaish-e-Mohammed, which claimed responsibility for the Pulwama attack in which 40 CRPF jawans were killed.

The IAF got the indication that the government may likely task the air force for a precision strike targeting a Pakistan-based terror outfit, the sources said.

In his address at the inauguration of the exercise, Air Chief Marshal B S Dhanoa had said the IAF was ever prepared to deliver "appropriate response" as assigned by India's political leadership.

From his speech, it was not clear, then, whether IAF was considering such a strike on Pakistani soil. At the exercise, a fleet of Mirage 2000 aircraft had demonstrated its capability to smash enemy assets.

The Mirage 2000 aircraft used in the strike on Jaish-e-Mohammed terror was chosen because of its ability to hit long-range targets with "pin-point" accuracy and drop a range of bombs and missiles including laser-guided ones, sources said.