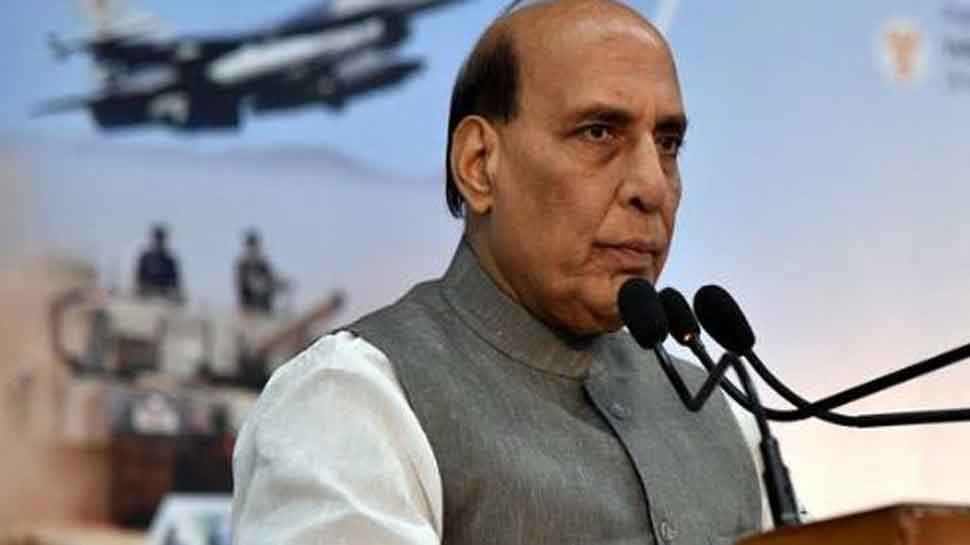 Paris: A day after receiving the first Rafale of the 36 fighter jets from France, Defence Minister Rajnath Singh will meet the top CEOs of the French Defence industry on Wednesday.

According to reports, Singh will address the CEOs of the French Defence industry during which he is also expected to urge them to participate in “Make in India “ and the DefExpo, which is scheduled to be held in Lucknow between February 5-8 in 2020.

On Tuesday, Rajnath Singh created history by becoming the first defence minister to fly in Rafale fighter jet. The Defence Minister took a 35-minute-long sortie in a Rafale fighter jet after taking off from Dassault Aviation Mérignac facility in France.

The two-seater fighter jet was being flown by Philippe Duchateau, head test pilot of the Dassault Aviation, while Rajnath Singh sat in the rear seat behind the pilot in the cockpit.

Taking a sortie in Rafale was a memorable and once in a lifetime experience. The induction of Rafale will go a long way in strengthening our national defence.

India will receive the first 18 Rafale jets by February 2021. By April-May 2022 we will receive all 36 jets. pic.twitter.com/we4UeSwdG5

Ahead of that, Rajnath Singh received the first of the 36 Rafale fighter jets on behalf of the Indian Air Force (IAF) and also performed a 'Shastra Puja'.

Taking a sortie in Rafale was a memorable and once in a lifetime experience. The induction of Rafale will go a long way in strengthening our national defence.

India will receive the first 18 Rafale jets by February 2021. By April-May 2022 we will receive all 36 jets. pic.twitter.com/we4UeSwdG5

The defence minister said that he decided to perform a 'Shastra Puja' of Rafale because it is a very strong weapon (shastra).

"I am told that Rafale is a French word meaning gust of wind. I am sure the aircraft will live up to its name. I believe Rafale will boost India's air dominance exponentially to ensure peace and security in the region," the defence minister said after receiving the Rafale jet," Rajnath Singh had said after officially receiving the first Rafale.

"I am happy that the delivery of Rafale aircraft is on schedule, I am confident that this will add further strength to our Air Force. I wish cooperation between our two major democracies further increases in all sectors," he added.

French Minister of Armed Forces Florence Parly, members of the top military brass of France as well as senior officials of Dassault Aviation, the makers of Rafale, were also present during the handover ceremony.

The Defence Minister also held a meeting with French President Emanuel Macron during which the two leaders resolved to take the relationship between the two countries to the next level.

Singh described the meeting as warm and productive and said it demonstrated the depth of India-France bilateral partnerships, "especially in the defence sector, which has significantly strengthened in recent times.

Rajnath Singh was earlier given a 'Guard of Honour' by the French Republican Guards at 'Hotel de Brienne' in Paris. Singh is on a three-day visit to France to expand the existing strategic partnership between New Delhi and Paris.

Rafale is one of the most advanced 4++ Generation fighters and it packs a lethal punch with an array of missiles and bombs, including MBDA's deadly Meteor and Scalp as part of the Rafale weapons package.

While Meteor is the world's best Beyond Visual Range Air-to-Air Missile (BVRAAM), the fire-and-forget Scalp is a long-range, air-launched, stand-off attack missile which can penetrate deep into hard rock and fortified targets.