After restless night at CBI headquarters, P Chidambaram may face list of 100 questions

P Chidambaram was arrested amid high drama on Wednesday night for his alleged role in the INX Media corruption and money laundering case. 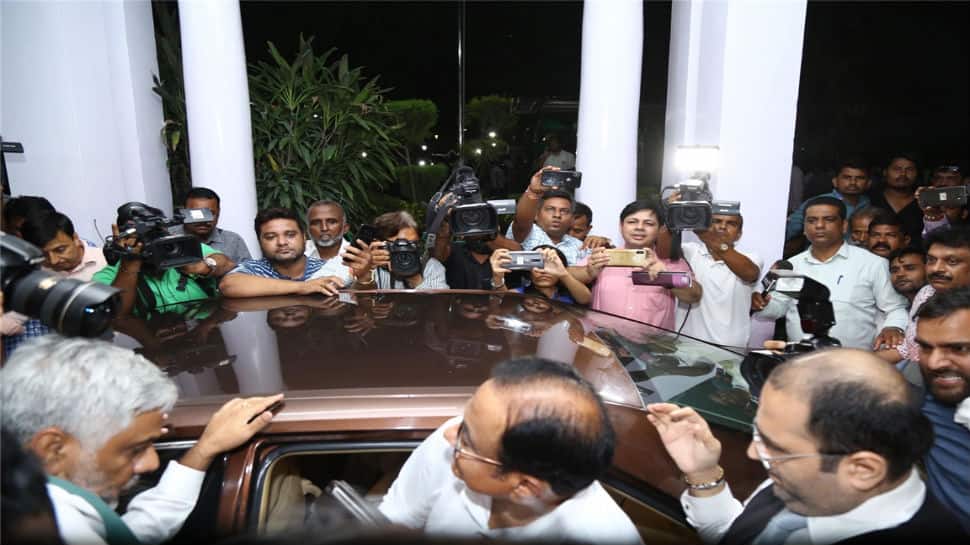 The Central Bureau of Investigations (CBI) is learnt to have prepared a list of over 100 questions for P Chidambaram and is expected to seek his custody for the maximum duration possible from a special CBI court on Thursday.

Chidambaram was arrested amid high drama on Wednesday night for his alleged role in the INX Media corruption and money laundering case. He had been untraceable for 25 hours before surfacing at the Congress headquarters in the evening. He held a brief press conference here, claimed innocence, and left for his Jor Bagh residence. Even here, he first did not allow CBI officials to enter but was eventually arrested and taken to the CBI headquarters.

The former finance minister is learnt to have had a restless night and could face a torrid time on Thursday as well. He will reportedly be produced before special CBI court judge Ajay Kumar Kuhar and the probe agency is expected to ask for his detention for custodial interrogation. CBI's argument is that Chidambaram has been evasive and has not cooperated in providing answers to questions asked of him previously.

Now, a list of over 100 questions has reportedly been prepared and to counter his previous answers, documentary evidence has been collected as well.

The main case against Chidambaram relates to an FIR registered by the CBI on May 15, 2017 over alleged irregularities in the Foreign Investment Promotion Board (FIPB) clearance provided to INX Media for receiving overseas funds to the tune of Rs 305 crore in 2007, when Chidambaram was the Union Finance Minister. The ED had lodged a money laundering case in this regard in 2018. The ED and the CBI are probing how Chidambaram`s son Karti Chidambaram managed to get FIPB clearance in 2007 when his father was the Finance Minister.