After scuffle with BJP, permission granted to AAP for constructing ghat for Chhath puja in Delhi's Kalkaji

Following a scuffle that broke out between the BJP and AAP workers over the construction of a ghat for performing Chhath puja in Ambedkar Park of Delhi's Kalkaji area, South Delhi Municipal Corporation (SDMC) has granted permission to Aam Aadmi Party for constructing a ghat for Chhath puja on temporary basis. 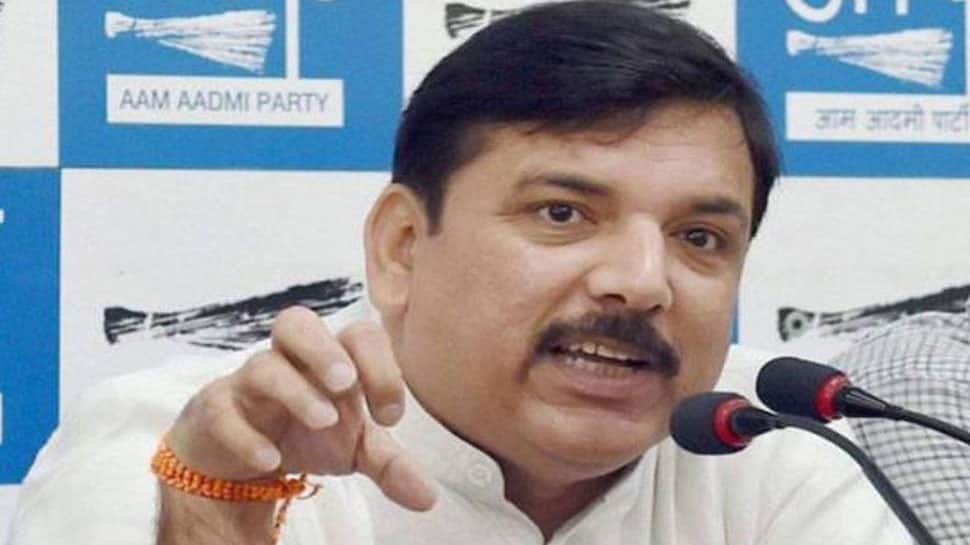 NEW DELHI: Following a scuffle that broke out between the BJP and AAP workers over the construction of a ghat for performing Chhath puja in Ambedkar Park of Delhi's Kalkaji area, South Delhi Municipal Corporation (SDMC) has granted permission to Aam Aadmi Party for constructing a ghat for Chhath puja on temporary basis.

Taking to microblogging site Twitter, AAP leader Sanjay Singh wrote in Hindi, "The struggle of supporters have unmasked the BJP, the work of constructing the Chhat Ghat started." Singh also posted the picture of a circular, signed by the Horticulture Department of SDMC, permitting the digging of the park to construct the ghat temporarily.

The SDMC has also mentioned in the circular that a No Objection Certificate (NOC) will need to be obtained from the Residents' Welfare Association (RWA) of DDA flats colony area of Kalkaji, where ghat will be constructed and the ground will need to be restored after the puja celebrations are over.

This comes after BJP and AAP workers clashed over an issue of construction of a ghat in the DDA flats area of Delhi's Kalkaji to celebrate the highly auspicious festival of Chhath, which begins on October 31. A large number of police personnel were deployed in the area to avert the situation.

AAP workers have claimed that a ghat gets constructed at Ambedkar Park in DDA flats area of Kalkaji every year to celebrate Chhath and are demanding that the ghat should be constructed at the park for this year as well to carry out the festivities.

However, BJP leader and Corporation Councillor Subhash Bhadana has claimed that Chhath puja is not held at Ambedkar Park, however, at nearby Janamashtami Park and the permission to hold the puja has been granted for Janamashtami Park only. Bhadana insisted that Ambedkar Park has been developed as a children's park over the year and it has several swings as well. BJP said that the AAP wants to destroy the children's park.

Subhash Bhadana also staged a dharna at the park with his supporters raising slogans against the AAP. No outside is being allowed to enter the park.