"Plea dismissed," said Special CBI judge Arvind Kumar while disposing of the application. He said that the plea was devoid of merits. 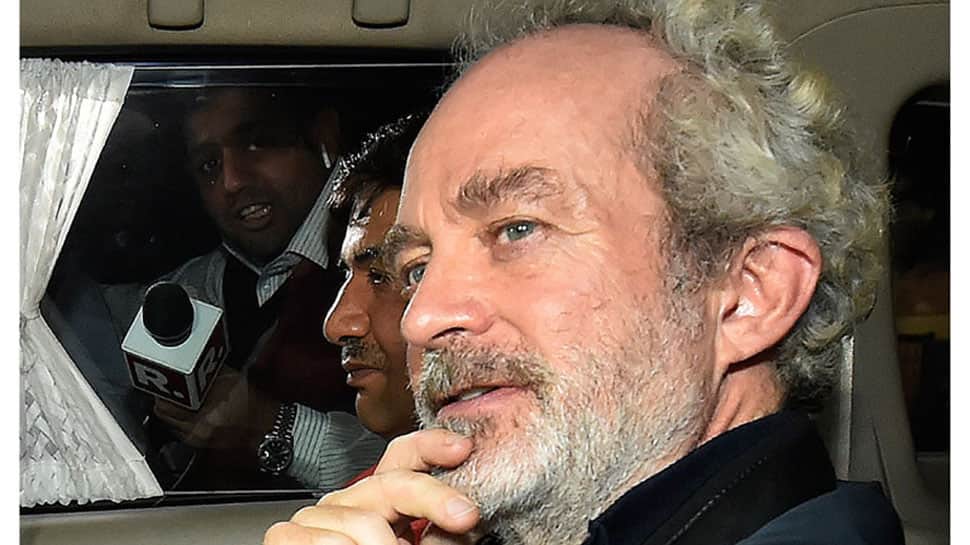 "Plea dismissed," said Special CBI judge Arvind Kumar while disposing of the application. He said that the plea was devoid of merits.

Earlier in the day, Enforcement Directorate (ED) and CBI conveyed to the court that Christian Michel should celebrate Easter in custody because he might make statements outside which can lead to derailment in investigations.

"Michel can participate in Easter while in custody. He might make statements outside, which could derail the investigation," ED and CBI told the court.

The two agencies, ED and CBI, are being represented by Special Public Prosecutor DP Singh while advocate Vishnu Shankar appeared on the behalf of Michel today.

During the course of hearing, DP Singh said: "India is a country of various festivals and every prisoner has faith in religion. We cannot allow him [Christian Michel] to go out of jail just to celebrate his festival."

ED in its reply filed earlier today also stated that there is a specific prohibition on the special treatment to be given to a prisoner under the Delhi Prison Rules, 2018, which promotes celebrating the main festivals of all religions.

"As such, the said parameters is no grounds for the grant of interim bail to the applicant," said ED.

Vishnu Shankar, however, contended that since charge sheet has already been filed by ED, there is "no point of tampering with the evidence".

To further buttress his point, Shankar said that Michel fully "cooperated" with the agency which interrogated him for four days during the Christmas last year.

Michel, in the bail petition filed through counsel Aljo K Joseph on April 17, had submitted that "he wishes to attend Holy Mass and make offerings during the Easter Day".

Michel had also pushed for a medical check-up, contending that he has lost 7 kgs during the last four weeks.

To this, ED replied that the prisoner is entitled to exercise a proper mechanism to ensure his well-being under the Delhi Prison Rules, 1980.

"Till date, no grievances or complaints about the physical condition of the applicant has been raised and brought to the notice of the court," the reply further read.

On April 4, the ED filed a charge sheet against Michel in Patiala House court in which it claimed to have traced the trail of 70 million euros that had come allegedly in the form of "kickbacks" in the Rs 3600-crore AgustaWestland VIP chopper deal.

In the more than 2000-page supplementary charge sheet submitted before Special CBI judge Arvind Kumar, the agency had named two firms -- Global Services FZE and Global Trade and Commerce Limited, besides David Syms -- as an accused in the case.

Taking cognizance of the supplementary charge sheet filed by the ED, the court on April 6 summoned David Syms, alleged partner and director of Michel`s firm and two other firms, to appear before it on May 9.

Michel, who was extradited from the UAE in December last year, is currently lodged in Tihar Jail.