Hours before he departs for his much-anticipated visit to India, US President Donald Trump on Saturday (local time) said he is looking forward to being with his "great friends" in the country. 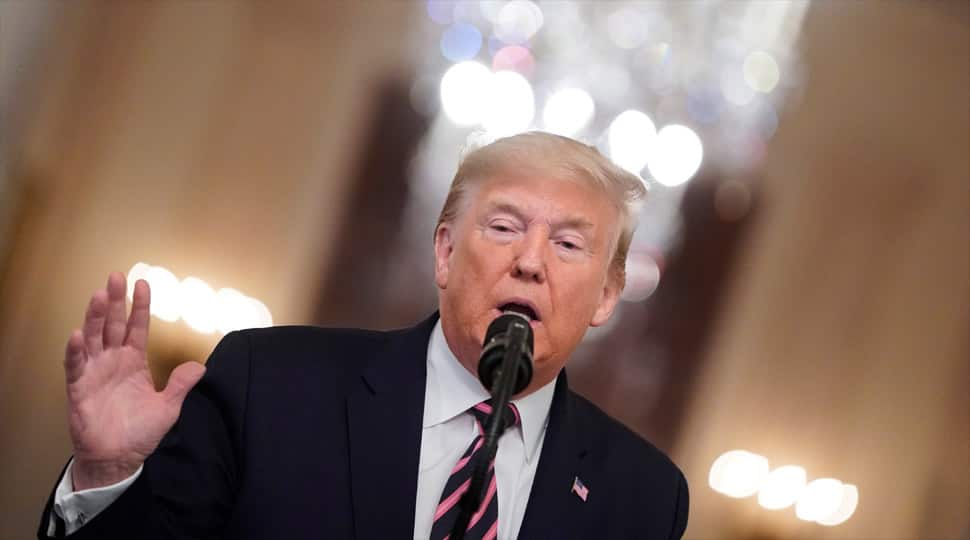 New Delhi: Hours before he departs for his much-anticipated visit to India, US President Donald Trump on Saturday (local time) said he is looking forward to being with his "great friends" in the country.

"Look so forward to being with my great friends in INDIA!," Trump remarked while retweeting a morphed clip of an Indian movie--Baahubali.

Look so forward to being with my great friends in INDIA! https://t.co/1jdk3AW6fG

In the clip shared by unverified Twitter account Sol, POTUS' face is superimposed on that of the protagonist of the movie played by actor Prabhas. The clip also featured Ivanka Trump, Melania Trump, and Trump Jr.

Trump had recently lauded the release of Ayushmann Khurrana's gay rom-com 'Shubh Mangal Zyada Saavdhan', a film that is based on same sex marriage. "Great!" the US president wrote as he retweeted a post by British LGBT activist Peter Tatchell, who celebrated the Bollywood movie with a "Hurrah!

Trump will reach Gujarat's Ahmedabad by noon on Monday and is slated to address a mammoth crowd of more than 100,000 people which is expected to turn up for an event at the Motera Stadium in Ahmedabad on the lines of the 'Howdy Modi' function that was addressed by the US President and Prime Minister Narendra Modi in Houston in September last year.

The President is also likely to visit the Gandhi Ashram in Sabarmati.

Later in the day he will arrive in New Delhi and is expected to hold talks. On Tuesday morning, the US President will first receive a ceremonial welcome at the Rashtrapati Bhawan as per protocol.

Prime minister Modi could then accompany the US leader to the Gandhi Ashram in Delhi (subjected to time availability if the Sabarmati ashram cannot be visited). The two leaders will then meet at the Hyderabad House and will lead official state meetings.

On Tuesday, President Trump will meet with executives of Indian companies -- with business interests in the United States during his visit to the capital -- at an event organized by the US embassy in New Delhi. The companies expected to be represented at the meeting include the Indian oil and gas company Reliance Industries, Tata Sons, Bharat Forge, Mahindra and Mahindra.

POTUS’s visit will conclude with an early banquet dinner, following which he will depart for Washington.