Ahead of Kumbh Mela, portion of under-construction building for heliport collapses in Prayagraj

Several construction works have been taken up in Prayagraj ahead of the Kumbh Mela, which is slated to begin on January 15. 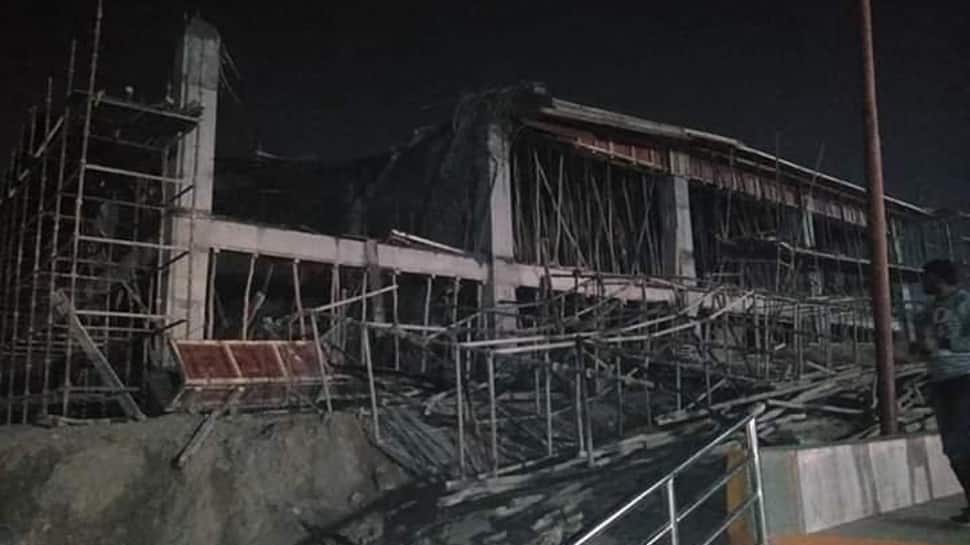 A portion of the building, which was being built to be used as a heliport during Kumbh Mela in Prayagraj, collapsed on Wednesday night. At least two labourers got trapped in the collapse. They were, however, rescued later.

Several construction works have been taken up in Prayagraj ahead of the Kumbh Mela, which is slated to begin on January 15. A new temporary city, which is believed to be the largest in the world, has been set up along Prayagraj, which has 250-km long roads and 22 pontoon bridges.

Prayagraj: A portion of the building for heliport which was being built as a part of the arrangements for Kumbh Mela, collapsed last night, trapping two labourers under it; they were later rescued. pic.twitter.com/RAJ34ynlx5

The Uttar Pradesh government and police department has also made elaborate security arrangements for the grand religious event. Integrated Control and Command Centre and CCTV cameras have been put in place to keep a vigil as lakhs of devotees are expected to converge from across India and abroad.

The Uttar Pradesh Police has also deputed more than 20,000 police personnel, who are teetotallar and consume only vegetarian food.

Authorities have also advised those visiting Prayagraj during Kumbh Mela to keep their identity cards handy. People have also been asked to keep with them the phone number of any of their family members, who could be contacted in case of any emergency.

During the Kumbh Mela, millions of pilgrims including naked, ash-smeared ascetics, will bathe at the confluence of the Ganges, the Yamuna, and a mythical third river, the Saraswati.