Both Donald Trump and Narendra Modi are in Osaka for the G20 Summit and are scheduled to meet on Friday (June 28). 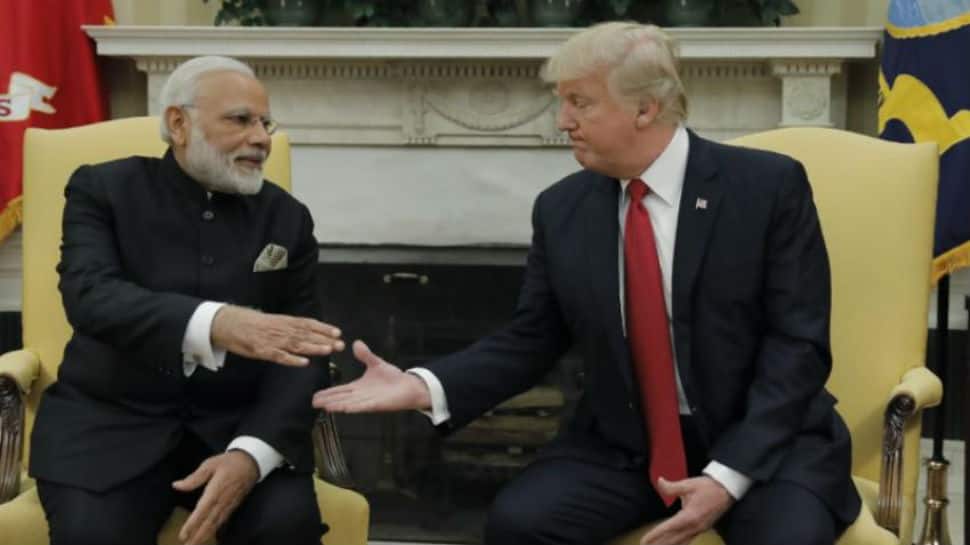 US President Donald Trump on Thursday once again accused India of imposing, according to him, unfairly high tariffs on American products. He said that he will take up the matter with Prime Minister Narendra Modi when the two leaders meet at the G20 Summit in Japan's Osaka.

Both Trump and Modi are in Osaka for the G20 Summit and are scheduled to meet on Friday. Just a day before that meeting, however, Trump launched a strong attack against India on Twitter. "I look forward to speaking with Prime Minister Modi about the fact that India, for years having put very high Tariffs against the United States, just recently increased the Tariffs even further," he wrote on the micro-blogging site. "This is unacceptable and the Tariffs must be withdrawn!"

I look forward to speaking with Prime Minister Modi about the fact that India, for years having put very high Tariffs against the United States, just recently increased the Tariffs even further. This is unacceptable and the Tariffs must be withdrawn!

This is not the first time that Trump has accused India of high tariffs, a charge that has been denied by New Delhi. In the past, Trump administration has pushed for the removal of tariffs on American products with US commerce secretary Wilbur Ross in May terming the rates as 'unjustified'. "US businesses face significant market-access barriers in India. These include both tariff and non-tariff barriers, as well as multiple practises and regulations that disadvantage foreign companies," he had said at the US-government backed business event 'Indo Pacific Trade Winds' in New Delhi.

Bilateral trade last year between India and the US stood at $142 billion, up $16 billion from 2017. US exports of goods to India increased by 7.4 billion to 33% but imports increased by 12% to 54 billion, representing trade deficit of $ 21 billon for US. It is this that has perhaps worried the Trump administration, say, experts.

The timing of Trump's latest attack, however, is rather unexpected because while he is scheduled to meet PM Modi in Osaka, US Secretary of State Mike Pompeo is already in New Delhi where he had reaffirmed the close ties between the two countries.