Ahead of PM's meeting with party chiefs, Congress discusses strategy on key matters

PM Modi has invited heads of all parties who have an MP either in Lok Sabha or Rajya Sabha. 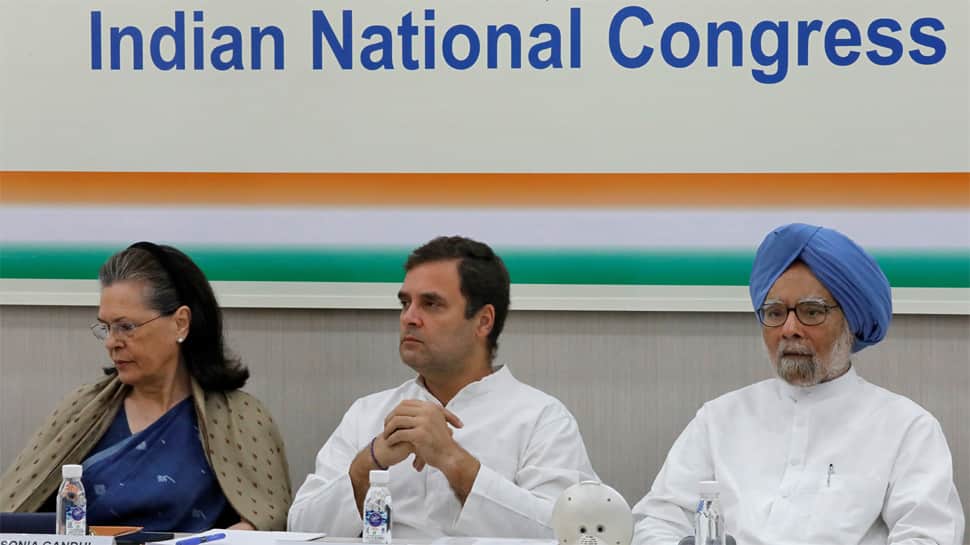 New Delhi: A meeting of the Congress top brass, including Sonia Gandhi and party chief Rahul Gandhi, was held here to decide the strategy on key matters such as Lok Sabha speaker's election and Prime Minister Narendra Modi's call to discuss the 'one nation, one election' issue.

Modi has invited heads of all parties who have an MP either in Lok Sabha or Rajya Sabha. The meeting has been called to discuss the "one nation, one election" issue, celebration of the 75 years of Independence in 2022 and 150 years of Mahatma Gandhi's birth anniversary this year. It will be followed by a dinner-meeting with all MPs on June 20.

However, Congress leaders said the party was yet to take a decision on the matter. "The issue of appointment of the leader of the Congress party in Lok Sabha was not discussed," said Congress leader from West Bengal Adhir Ranjan Chowdhury.

Along with Chowdhury, Kerala unit working president K Suresh, party spokesperson Manish Tewari and Thiruvanathapuram MP Shashi Tharoor are in the running for the post, sources said. They said a decision on it will be taken by Sonia Gandhi soon.