While calling Padmaavat a bad film, the AIMIM chief asked Muslims to not waste their time watching the movie. 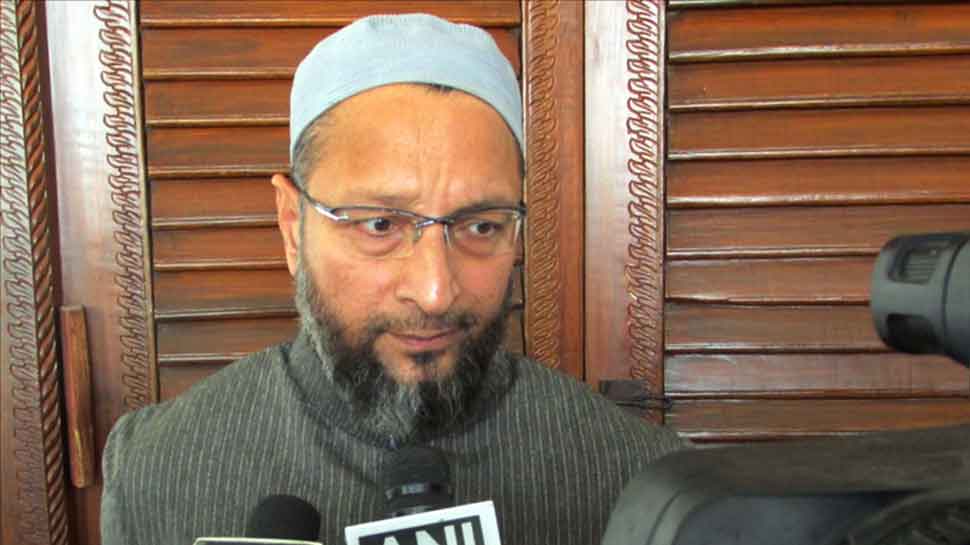 Hyderabad: All India Majlis-e-Ittehadul Muslimeen (AIMIM) president Asaduddin Owaisi on Friday called the controversy-hit Bollywood film 'Padmaavat' as 'rubbish and asked Muslims to not waste their time watching it.

Owaisi was addressing a public meeting in Warangal district when he said, "Don't go. God has not created you to watch a two-hour film. Mr (Narendra) Modi has formed a 12- member committee for that film. Take out what you can but nobody was consulted when law to end triple talaq was being made against us." He added, "The film (Padmaavat) is 'bakwas' (rubbish) and bad. The Muslim community has to learn from Rajputs, who are united in not letting the film release."

On Thursday, the Supreme Court cleared the decks for the all-India release of "Padmaavat" on January 25 and stayed notifications and orders issued by Rajasthan and Gujarat prohibiting exhibition of the film in their states.

Early today, the top court refused to admit a plea which claimed that the Censor Board certificate issued to historical drama Padmaavat was illegal.

While refusing to entertain the plea, the three-judge bench of Supreme Court headed by Chief Justice of India (CJI) Dipak Misra said "the Court has to function as a constitutional court and it has already in its interim order yesterday said that states can't block a movie from screening."

The plea to cancel Padmaavat's certificate was filed by lawyer Manohar Lal Sharma. He had filed a plea to block the movie's release in November also when the Censor Board had not given its certification.

The Karni Sena has opposed the Sanjay Leela Bhansali- directed film, alleging it 'distorts historical facts' and 'hurts sentiments' of the Rajput community. The set of the movie was vandalised twice in Jaipur and Kolhapur, while Bhansali was roughed up by members of the Karni Sena last year.

Director Sanjay Leela Bhansali's film has been facing massive protests by Rajput groups claiming that the Rani Padmavati's character has been wrongly portrayed in the movie. The film, starring Deepika Padukone, Ranveer Singh and Shahid Kapoor, was slated to release on December 1, 2017 but was deferred to January 25, 2018.

The Central Board of Film Certification had on December 31, 2017 given a U/A certification to the historical drama but had asked the makers to change the name from 'Padmavati' to 'Padmaavat'.

The Deepika Padukone, Ranveer Singh and Shahid Kapoor starrer has been plagued by controversies ever since its inception. The movie which was earlier slated for release December 1, 2017 is now being released on January 25, 2018.