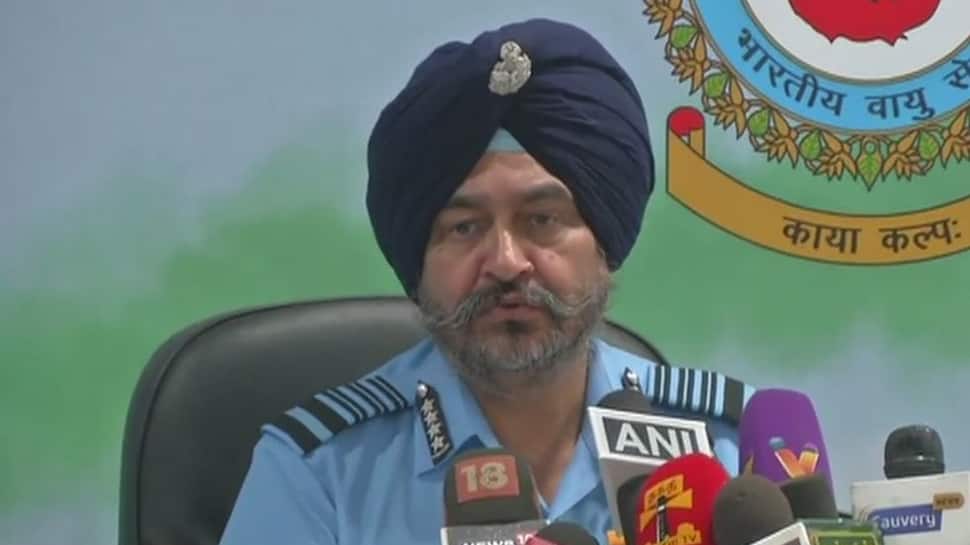 COIMBATORE: Air Chief Marshal BS Dhanoa on Monday confirmed that the Indian Air Force (IAF) hit the intended target in Pakistan. Declining to confirm the deaths in the airstrikes at the Pakistan-based terror outfit's camps, he said that the IAF's job is to hit the targets and not count the casualties.

The Air chief also dismissed criticism over a MiG 21 Bison being used against an F-16, aircraft are chosen in a planned mission but when an adversary strikes, every available aircraft goes in. "One is a planned operation in which you plan & carry out. But when an adversary does a strike on you, every available aircraft goes in, irrespective of which aircraft it is.  All aircraft are capable of fighting the enemy," he said.

He added that the Mig-21 Bison is a capable aircraft. "It has been upgraded, it has better radar, air-to-air missiles and better weapons system," he said.

Answering questions over when Wing Commander Abhinandan Varthaman will be allowed to fly, the Air Chief said that the decision will depend on his fitness. "Whether he (Wing Commander Abhinandan) flies or not depends on his medical fitness. That's why post-ejection, he has undergone medical check up. Whatever treatment required, will be given. Once we get his medical fitness, he will get into fighter cockpit," he said.

Wing Commander Abhinandan was in Pakistan's captivity after his MiG-21 Bison fighter plane crashed while on a mission on Wednesday. He returned to India late on Friday evening after being in Pakistan's custody for nearly 60 hours.

Tensions between India and Pakistan escalated after 40 CRPF personnel were martyred in a suicide bombing attack by Jaish-e-Mohammed. Thirteen days after the terror attack, Indian fighters bombed the Pakistan based terror group's biggest training camp near Balakot, deep inside Pakistan. A day later, Pakistan retaliated by attempting to target Indian military installations. However, the IAF thwarted their plans.