The IAF is celebrating the 85th anniversary at Hindon Air Force base in Uttar Pradesh`s Ghaziabad district on Sunday. 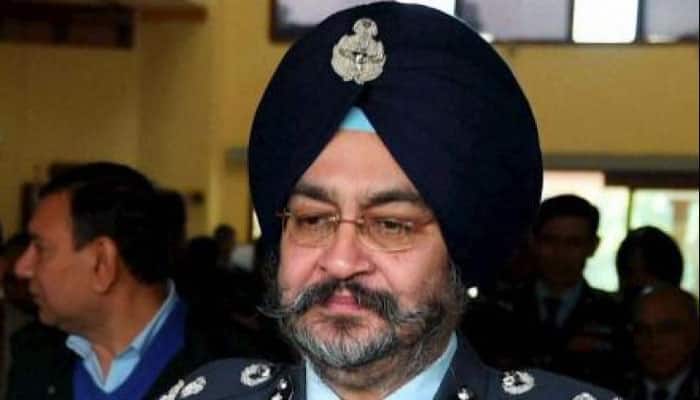 Ghaziabad: Air Chief Marshal BS Dhanoa on Sunday assured the nation that the Indian Air Force (IAF) is well prepared to fight at short notice if the need arises.

"Notwithstanding the pace of ongoing acquisition, modernisation, indigenisation effort and our desire for peace, we are prepared to fight at a short notice should the need arise," the IAF Chief said.

The Air Chief Marshal chief made the statement while attending the 85th anniversary of the IAF.

He also said that the Air Force was acquiring multi-spectrum strategic capabilities and remained committed to building a "joint manship" with the Indian Army and the Navy.

The IAF is celebrating the 85th anniversary at Hindon Air Force base in Uttar Pradesh`s Ghaziabad district on Sunday where a series of scintillating air display will be organised.

Earlier this month, the IAF Chief had asserted that the IAF was capable of a two-front war to counter China and Pakistan.

Indian and Chinese troops were locked in an over two- month-long standoff after India stopped the construction of a road by China in Doklam in the Sikkim sector on June 16.

The 73-day Doklam standoff which began on June 16 over Peoples' Liberation Army plans to build a road in area claimed by Bhutan, ended on August 28 following mutual agreement between India and China.