Air Marshal Arora was commissioned in the IAF as a fighter pilot in December 1981 and has flown planes for over 2,600 hours including Mikoyan-Gurevich MiG-21, MiG-29 and other combat as well as transport aircraft. Air Marshal Ghotia is an alumnus of the National Defence Academy and was commissioned in the fighter stream of IAF on December 11, 1981. 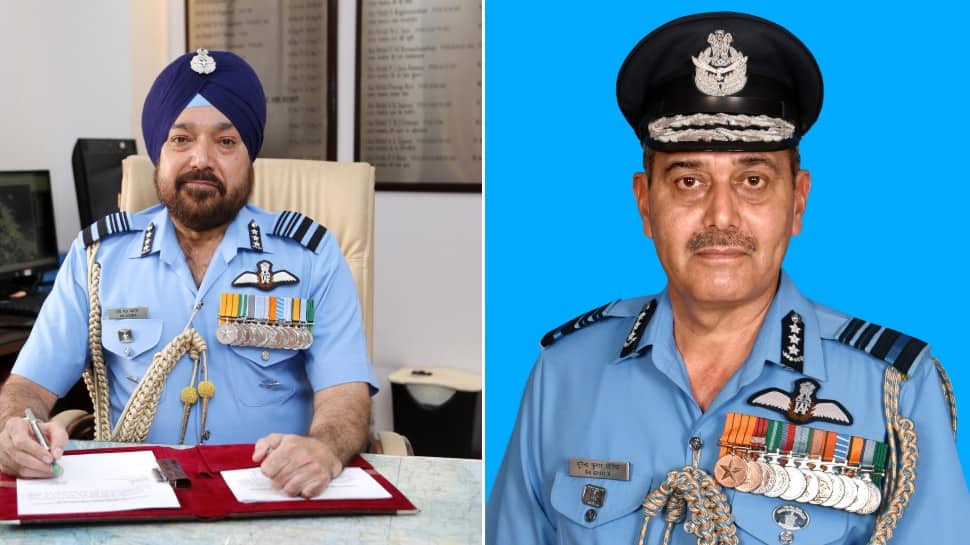 Indian Air Force (IAF) got a new Vice Chief as well as the new commander of the South Western Air Command on Tuesday. While Air Marshal Harjit Singh Arora (AVSM, ADC) is the Vice Chief of the Air Staff, Air Marshal Surendra Kumar Ghotia (VSM) took over as Air Officer Commanding-in-Chief of the crucial arm of the IAF.

Air Marshal Arora was commissioned in the IAF as a fighter pilot in December 1981 and has flown several aircraft in the force's inventory for over 2,600 hours including Mikoyan-Gurevich MiG-21, MiG-29 and other combat as well as transport planes, including helicopters. The highly decorated officer is a graduate of Tactics and Air Combat Development Establishment, Defence Service Staff College and National Defence College. He also holds Master of Science in Defence Studies and Master of Philosophy in Defence and Strategic Studies.

Air Marshal Arora has commanded a MiG-21 Squadron in the South Western sector and was later Commander of Air Defence Direction Centre in the same sector. He went on to command a premier MiG-29 Base and as an Air Vice Marshal, he was the Air Defence Commander at Headquarters Western Air Command and Eastern Air Command.

As an Air Marshal, he has held the appointments of Director General (Inspection and Safety) and Director General Air (Operations) at Air HQ. Before taking over as Vice Chief of the Air Staff, he was Air Officer Commanding-in-Chief, South Western Air Command. He has been a Directing Staff at ‘Tactics and Air Combat Development Establishment’ and a Flying Inspector in the ‘Directorate of Air Staff Inspection’. He was Defence Attaché in the Embassy of India, Bangkok, Thailand from 2006 to 2009.

Air Marshal Ghotia is an alumnus of the National Defence Academy and was commissioned in the fighter stream of IAF on December 11, 1981, and has flown different aircraft with the force for over 3,000 hours. He is a Qualified Flying Instructor with more than 1000 hours of instructional experience. He has undergone the Air Staff Course, Higher Air Command Course and holds two Masters Degrees. He has served as a Directing Staff at the prestigious Defence Services Staff College Wellington.

Air Marshal Ghotia has served as the Commanding Officer of a fighter squadron, Chief Operations Officer and Station Commander of a Forward Air Base in South Western Air Command.  He has also served in a number of Staff appointments, including Director Intelligence at Air Headquarters, Ops 1A of Western Air Command, Principal Director Training (Flying) at Air HQs, Air Attache at Embassy of India, Paris, Air Officer Commanding COBRA Group and Assistant Chief of the Air Staff (Intelligence). Prior to assuming the present appointment, he was the Senior Air Staff Officer of Training Command.

During his illustrious career, the Air Marshal was commended by the Air Officer Commanding-In-Chief, Western Air Command in 1994 and awarded Vishist Seva Medal in 2007.

He is married to Mrs Nirmala Ghotia and they have two daughters.