This season, manufacturers have lined up new models and claiming to get a reprieve, not from poor air quality but also threat from the SARS COV-2 virus besides other smart features. 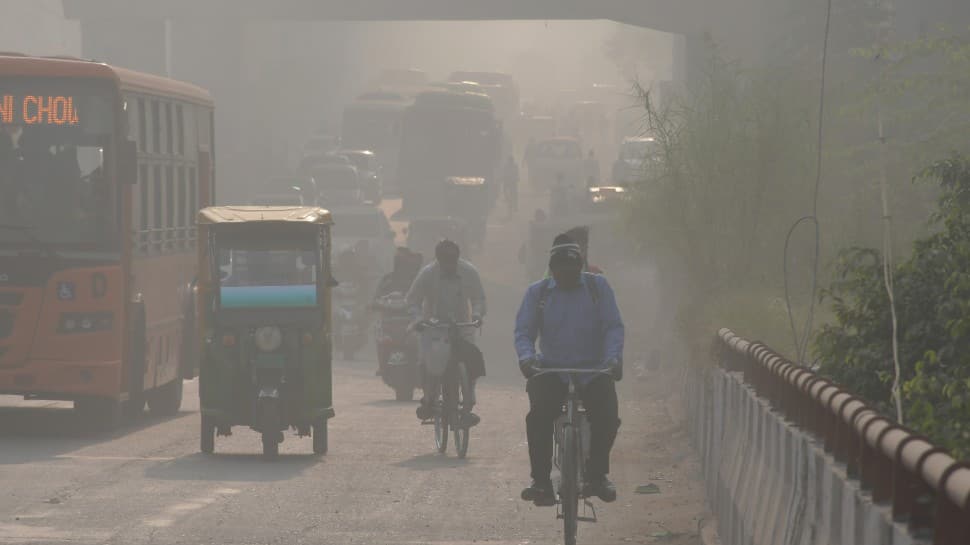 New Delhi: As the pollution level of Delhi and surrounding areas is getting worse and Air Quality Index touching alarming levels, room air purifier makers see a surge in their sales numbers.

Like previous years, makers are looking for a silver lining as sales numbers of this seasonal product spikes after Diwali and has now touched almost Rs 500 crore market size, in which the Delhi NCR and the Northern region contributes around three-fourths of the sales.

This season, manufacturers have lined up new models and claiming to get a reprieve, not from poor air quality but also threat from the SARS COV-2 virus besides other smart features.

"We are confident that our innovative range of products will capture a significant market share during 2021. More importantly, it will provide the much-needed relief to thousands of families across the country,? Eureka Forbes Managing Director & CEO Marzin R Shroff told PTI.

Without divulging the actual figures, Shroff said Eureka Forbes sales in the segment has grown by 30 per cent over the last year.

KENT RO Founder & Chairman Mahesh Gupta said the company has already seen a spike in sales this season as compared to the last year and is expecting this momentum to continue till the end of winter.

"We are expecting demand to increase in coming days due to continuous air quality deterioration, growing knowledge of air purifiers, coupled with rising health consciousness among consumers. At the same time, increasing awareness of the effects of indoor pollution is creating demand in the residential and institutional sectors for air purifiers,” said Gupta.

Earlier 70 per cent sales of Kent air purifiers were in Delhi NCR, however, this year these have seen a surge in demand from other cities also.

"Air purifier segment is not just restricted to the Delhi-NCR region, but there is a demand from neighbouring states and cities including Chandigarh, Ludhiana and Jalandhar as also from various regions of Haryana," he said.

“We have seen that in the past four years, there has been a sudden surge in air purifiers demand during the smog situation in Delhi. The onset of winter only further deteriorates the air quality and acts as a catalyst to push the sales for air purifiers," said Gupta.

According to Shroff, now consumers have become increasingly aware of air purifying technology and hence will be making an informed choice in comparing the technical parameters, he added.

As per internal estimates, the current market for Air Purifiers in India is around Rs 450-500 crore annually, he said as the market expands beyond the limits of the developed metro markets.

"The market has seen sporadic growth but largely concentrated in the northern regions of India, which roughly contributes to more than 80 per cent of the market,” he said.

However, he also added this trend is surely and steadily changing though, as awareness of increasing pollution and its harmful effects increases, other regions across the country including non-metros will see a demand surge.

As air pollution in the national capital nears emergency levels, the Delhi government on Saturday announced \various emergency measures, including the closure of schools for a week, a ban on construction activities and work from home for government employees, to deal with the pollution crisis faced by the city.

British tech firm Dyson said air pollution levels vary through the year, they peak at this time in India owing to changes in the weather and temperature, as well as seasonal activities.

"At Dyson, we have long invested in air quality research and filtration technologies, supporting research with partners such as Imperial College London to better understand the problems we seek to solve Equipping communities with data about the air quality they are exposed to through our connected machines and Dyson Link App, will help empower them to make meaningful decisions to reduce air pollution exposure," said Dyson Senior Engineer Brian Hu.

Companies have also added new models in the segment this year. According to Shroff, Eureka Forbes lineup include six new launches for the 2021-22 season.

However, makers as Panasonic has exited the segment and has introduced air conditioners with air purification technologies.

These ACs improve indoor air quality throughout the year, even in winters, as one does not need to switch on the cooling function each time.