The air quality in Delhi continued to fall on Sunday, as the national capital remained engulfed in a thick blanket of fog in the morning. 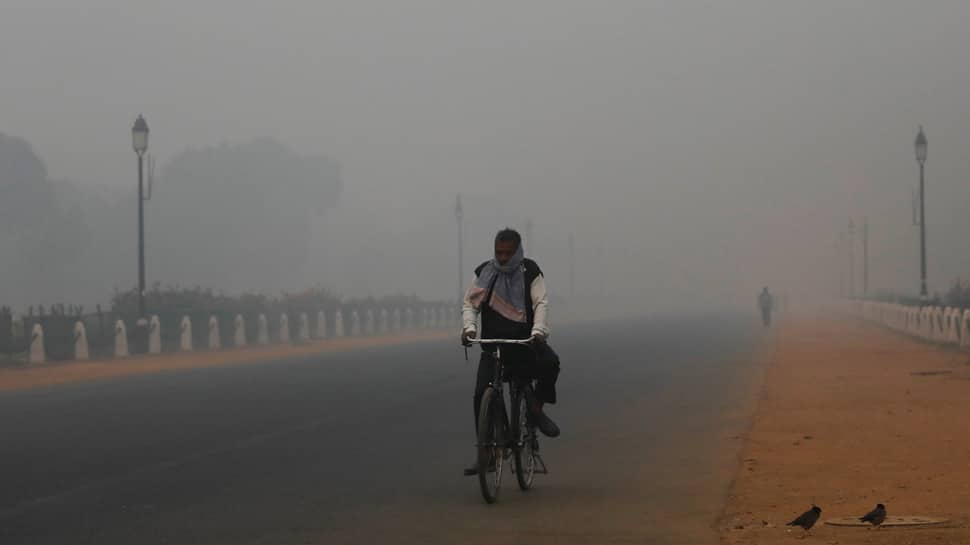 NEW DELHI: The air quality in Delhi continued to fall on Sunday, as the national capital remained engulfed in a thick blanket of fog in the morning.

The state-run System of Air Quality and Weather Forecasting And Research (SAFAR) said that overall air pollution level in Delhi was around `very poor` category with overall Air Quality Index (AQI) hovering at 322 till 9.00 am in the morning.

Meanwhile, Greenpeace India has published a new report, identifying 139 cities where air pollution levels are up and over national standards but were not included in the National Clean Air Programme (NCAP) that was recently released by the Ministry of Environment Forest and Climate Change (MoEFCC).

"The NCAP has used limited data from 2015, and as a result, has omitted a large number of highly polluted cities. We are calling on the MoEF&CC to update the list with 2017 data to reduce air pollution in as many highly polluted cities as possible, to make this as ‘national’ a programme as possible and help us move towards a Clean Air Nation" Sunil Dahiya, Clean Air Campaigner, Greenpeace India, was quoted as saying by ANI.