There are Pakistani communication towers 20 km along border, they are trying to send messages, we heard intercepts, said National Security Advisor Ajit Doval. 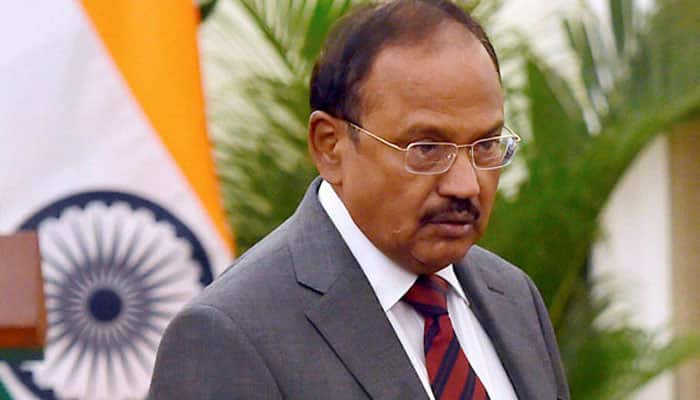 National Security Advisor Ajit Doval on Saturday rubbished allegations of atrocities by Indian Army personnel in Jammu and Kashmir, asserting that the Army was in the region only to fight terrorists. The NSA said that the public order in Jammu and Kashmir is being maintained by J&K Police and paramilitary forces.

Doval further made reference to intercepted messages from Pakistan. “There are Pakistani communication towers 20 km along border, they are trying to send messages,” said the National Security Advisor.

He added, “We heard intercepts…they were telling their men here 'how so many apple trucks are moving, can’t you stop them? Should we send you bangles?'”

“I am totally convinced that majority of Kashmiris support the abrogation of Article 370. They see greater opportunities, future, economic progress and employment opportunities, said Doval, adding that “only a few miscreants are opposing it”.

As the National Security Advisor, Doval has played a key role in tackling the situation in Jammu and Kashmir in the wake of Article 370 abrogation. According to senior officials, the strategy to tackle the security situation in the region was formulated by Union Home Minister Amit Shah along with Doval.

He has been monitoring the situation in J&K closely. In August, he had apprised the Home Minister that normal life had been restored in the Jammu region while peace prevailed in the Valley.

The meeting was attended by Intelligence Bureau chief Arvind Kumar and RAW chief Samant Goel, among other senior officials.

In August, Doval had spent around 10 days in the Valley to take stock of the situation. During his visit, Doval visited several districts including Anantnag, Shopian, and Srinagar. Videos of him interacting with locals belonging to different communities had surfaced among media.

3 dead as rainwater inundates house after cloudburst in Uttarakhand