AK 203 rifle will bolster combat capabilities of soldiers, will be 100% 'Made in India': Sitharaman

Defence Minister Nirmala Sitharaman said that the AK 203 is "a successor of the historic AK 47 which continues to be in service in many militaries across the world." 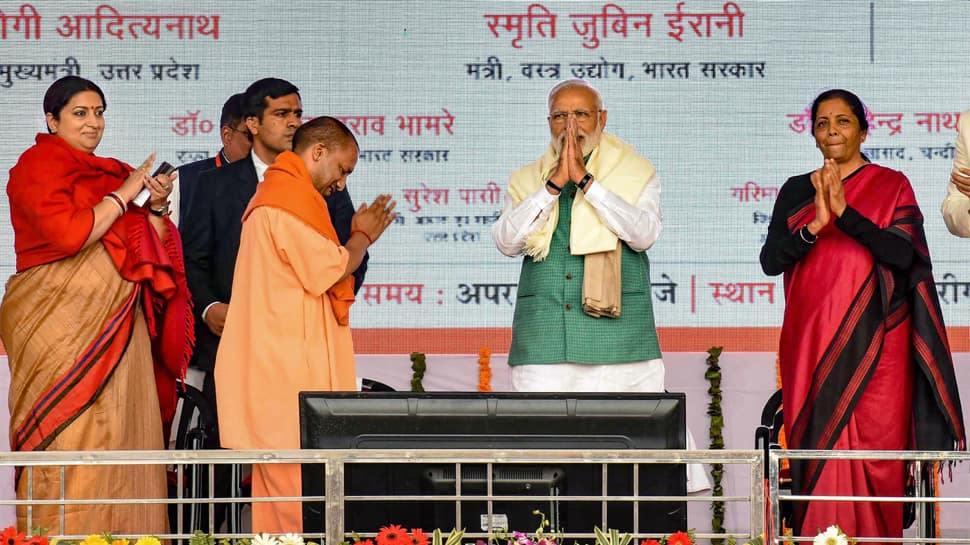 The most advanced AK 203 rifles produced in Amethi will have remarkably improved performance parameters as compared to the INSAS rifle, Defence Minister Nirmala Sitharaman wrote on Saturday in a Facebook post.

Pointing out the features of the advanced rifle, she said: "With an effective range of 300m, increased lethality and higher accuracy, the AK 203 rifle will add substantial firepower to our armed forces and bolster the combat capabilities of our soldiers in different scenarios, whether in counter-terrorists or conventional operations." She added that the acquisition of these rifles by the armed forces is in consonance with the government's aim to enhance defence preparedness.

She stated that the AK 203 is "a successor of the historic AK 47 which continues to be in service in many militaries across the world." She added that it will be manufactured employing improved metallurgy thereby achieving lighter weight (3.85 kgs), shorter length (932 mm) and modern ergonomics.

The Defence Minister said that the Armed Forces have which have been using the INSAS rifle have often had to face several problems. "Using INSAS rifle for the longest time, our soldiers have had to face several issues such as gun jamming, oil drips during combat, and frequent breakages in its magazines. Taking cognizance of this issue, the NDA government made it a priority to upgrade and gradually replace the handheld firearms," she said.

She added that the manufacturing of AK-203 in Amethi is reflective of India’s robust foreign relations and political determination to provide our forces with world-class equipment under the Modi government. "India will also be the first nation, outside Russia, to be equipped with the advanced AK203 rifles," she said.

"In a major push towards indigenisation, the rifles produced at the plant will be 100% ‘Made in India’ within the next three years. The ‘transfer of technology’ worked out in the deal with Russia emphasises on capacity and capability building within India to ensure that all parts of the AK-203 are produced locally. This would provide a fillip to the Uttar Pradesh Defence Corridor Project and Ordnance Factory Korwa shall become a crucial anchor in the supply chain," she added.

She also said that the expansion of production at the Amethi plant will lead to the creation of numerous direct and indirect jobs and give a push to the general economy of the district.

Lashing out at Congress chief Rahul Gandhi, she said that the foundation stone of Ordnance Factory in Korwa was laid by him in 2007 but its performance since has been lacklustre. "OF Korwa was sanctioned in 2007 with a budget of Rs 408.11 Crore. However, due to administrative issues under the UPA government, only Rs 318.36 Crore has been invested in the establishment," she wrote.

In his first visit to Rahul's Lok Sabha constituency Amethi since the 2014 election, Prime Minister Narendra Modi on 3 March inaugurated a manufacturing unit for AK-203 rifles, an India-Russia joint venture, at the Korba ordnance factory.

We hit terrorists in their backyard after Pulwama: PM Modi