The Akash-1S missile has an indigenous seeker and can shoot down enemy fighter jets, missiles and drones very effectively and accurately. 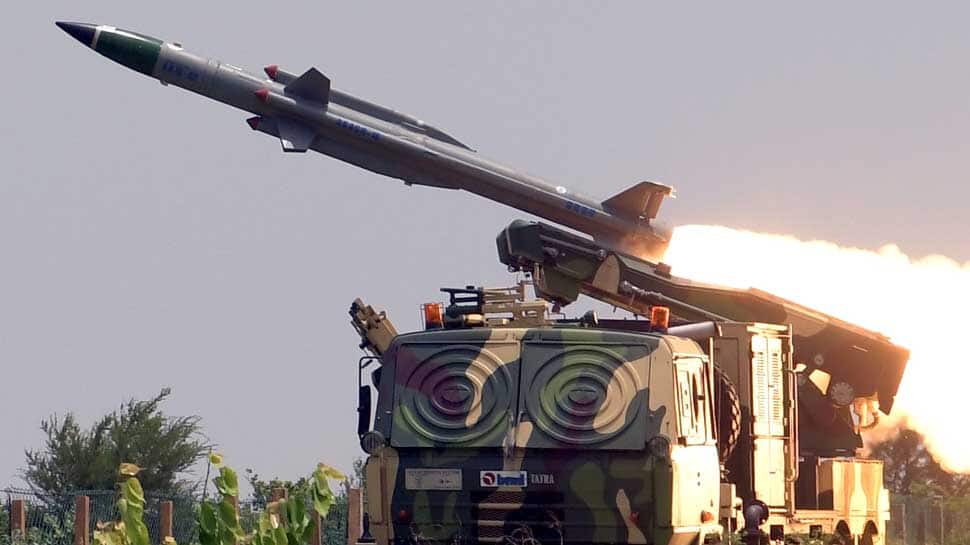 NEW DELHI: India's defence capabilities got a boost on Monday with the Defence Research and Development Organisation (DRDO) successfully test firing Akash-1S medium range Surface to Air Missile with multitarget engagement capability. The Akash-1S missile has an indigenous seeker and can shoot down enemy fighter jets, missiles and drones very effectively and accurately at a range of up to 30 kilometres and at altitudes up to 18 km. It has a speed of 2.5 mach.

The missile uses high-energy solid propellant for the booster and ram-rocket propulsion for the sustainer phase. The propulsion system provides higher level of energy with minimum mass, compared to conventional solid/liquid rocket motor, that has better performance with minimum weight of the missile.

Akash-1S has dual-mode guidance, initially on command mode from a phased array radar and later radar homing guidance with unique software developed for high accuracy. The phased array radar provides the capability for multiple target tracking and simultaneous deployment of missiles to attack four targets at the same time, in each battery. Multiple batteries constitute a group centre.

The system is highly mobile and has gone through a number of flight trials providing the command guidance. It has been in service with the Indian Army and Indian Air Force since 2009.

The missile weighs 720 kg, is 5.78 metres long and has a diameter of 35 cm. It uses 60 kilogrammes of high-explosive, pre-fragmented warhead to destroy the target. Each Akash battery has four launchers armed with three missiles each. Each Akash battery has an indigenous Rajendra 3D which can track up to 64 targets and attack up to 12 of them simultaneously. All the missiles in a single battery are interlinked.

The IAF has also armed its air bases Gwalior, Hashimara, Tezpur, Jorhat and Pune with the Akash missile systems since 2013.