Akhilesh had gone to the hospital to meet Kannauj road accident patients. 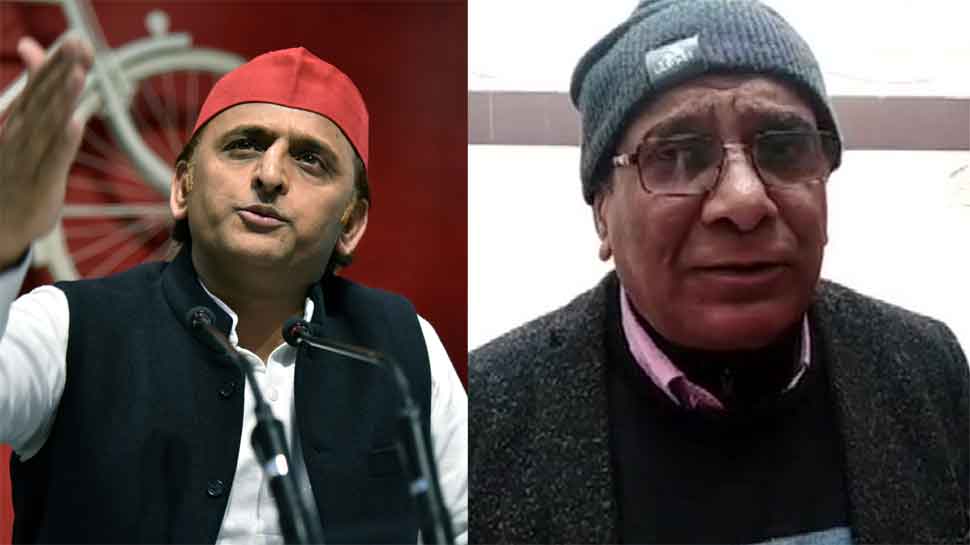 New Delhi: Former Uttar Pradesh Chief Minister or Samajwadi Party leader Akhilesh Yadav has been caught on tape slamming an elderly government doctor a hospital in Kannauj where he paid a visit to meet victims injured in a road accident. At least 21 people had died and several were injured when a double-decker bus burst into flames after colliding with a truck on Friday.

Akhilesh lashed out at the doctor when he tried to intervene while the patients were telling the SP leader that they have not received any compensation from the government so far. "You don't speak. You are a government man, I know. You could be from BJP or RSS. You cannot take the government's side. You don't have to explain anything to me," the SP leader can be heard telling the doctor.

Watch the video shared by ANI below:

#WATCH Former CM Akhilesh Yadav who went to meet injured of Kannauj accident, at a hospital in Chhibramau asks Emergency Medical Officer to leave the room as he speaks about compensation amount been given to the injured,says, "Tum sarkar ka paksh nahi le sakte...bahar bhaag jao". pic.twitter.com/U3DrdHI1se

The doctor has been identified as Emergency Medical Officer DS Mishra who later clarified that he had tried to correct the kin's claim over not receiving compensation. "I was present there as I was treating patients. One of the patients said he didn't get the compensation cheque. I tried to clarify that the cheque was given. At this, Akhilesh ji got angry and asked me to leave the room," Dr Mishra was quoted as saying by the ANI.

DS Mishra,Emergency Medical Officer,Chhibramau:I was present there as I was treating patients. One of the patients said he didn't get the compensation cheque,I tried to clarify that the cheque was given. At this,former CM Akhilesh ji got angry&asked me to leave the room. (13Jan) pic.twitter.com/0gkIqZxJQk

The incident took place on Friday night at Dewar Marg in Kannauj district while the bus, carrying at least 43 passengers, was en-route to Jaipur from Farrukhabad.