The students have been charged under various sections, Prevention of Damage to Public Property Act, 1984 and Criminal Law Amendment Act, 1932 for offences such as rioting, deterring public servant, and endangering the life of others. 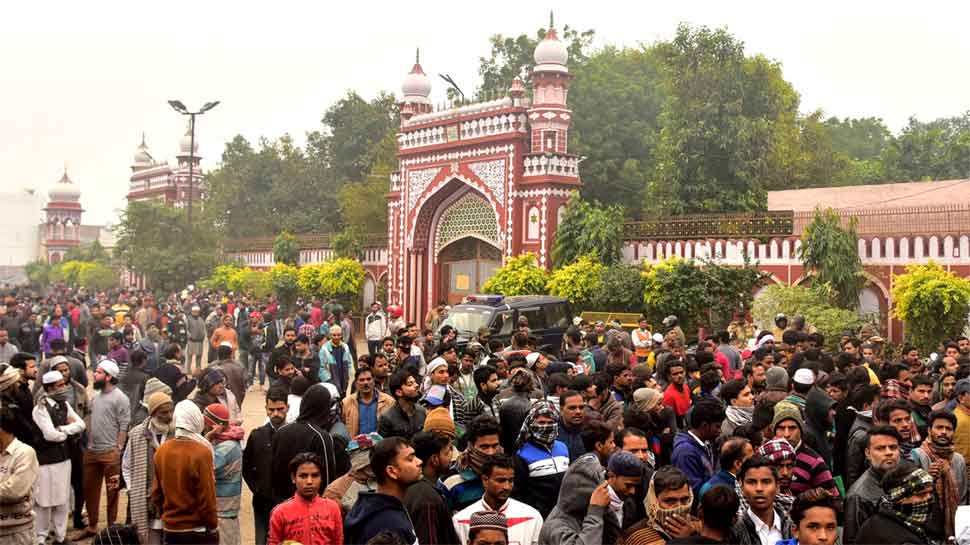 Aligarh: A case has been registered against 1,000 unidentified students of Uttar Pradesh`s Aligarh Muslim University (AMU) in connection with the violence which broke out during protests against the newly amended citizenship law on December 15.

The students have been charged under various sections of the Indian Penal Code (IPC), Prevention of Damage to Public Property Act, 1984 and Criminal Law Amendment Act, 1932 for offences such as rioting, deterring public servant, and endangering the life of others.

The FIR which was registered on December 24 on a complaint filed by Commandant 104 Battalion stated that on December 15 at 8:30 pm, over 1,000 students had gathered around the university's circle to protest."They unlawfully raised anti-national slogans. The students then pelted stones on the personnel and also vandalized the official vehicles," the FIR copy stated.

The police were directed to use minimal force to disperse the protesters, it stated, adding that water cannons were initially directed at the crowd. "When they did not disperse, tear gas and less intensity lathi-charge was done.

"The complainant sought an investigation to be conducted into the matter. The police and protesters had clashed on December 15 after a protest against the Citizenship (Amendment) Act turned violent.

The Act grants citizenship to Hindus, Sikhs, Jains, Parsis, Buddhists and Christians from Pakistan, Afghanistan, and Bangladesh who came to India on or before December 31, 2014.