All 13 onboard AN-32 killed in crash: Timeline of the ill-fated IAF plane 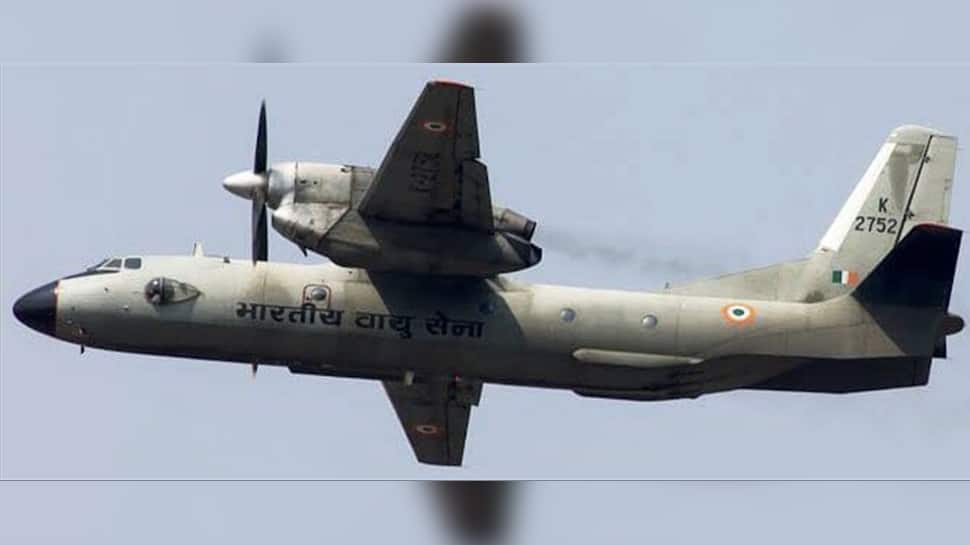 The Indian Air Force on Thursday said that all 13 people on board the AN-32 aircraft which crashed in a remote area in Arunachal Pradesh are dead. IAF officials said a team of rescuers reached the crash site on Thursday morning and confirmed that there are no survivors.

Here is a timeline since June 3 when the aircraft went missing:

June 13: Eight members of the rescue team reached the crash site on Thursday morning and IAF confirmed that there are no survivors from the crash. "IAF Pays tribute to the brave Air-warriors who lost their life during the #An32 crash on 03 Jun 2019 and stands by with the families of the victims. May their soul rest in peace," the Air Force tweeted.

June 12: After having located the crash site, a team of 15 comprising personnel from IAF, Army and Civil Mountaineers have been airlifted to a location close to the crash site. The terrain weather and thick vegetation slowed down the progress of rescue team. Air Marshal RD Mathur, AOC-in-C, EAC, complimented the search team for their relentless effort spanning eight days and thanked the state administration which has extended unflinching support to the IAF towards locating the missing An-32.

June 11: The wreckage of the AN 32 was spotted 16 Kms North of Lipo, North East of Tato at an approximate elevation of 12000 ft by the IAF Mi-17 Helicopter undertaking search in the expanded search zone. After identification of the wreckage, the Cheetah of IAF and ALH of Indian Army reached the crash site. Due to high elevation and dense forest, helicopters could not land next to the crash site. However, the nearest landing site was identified for the rescue operation to begin the next day. Meanwhile, ground forces continued their efforts to reach the crash site during the night.

June 10: There was marginal improvement in the weather and IAF intensified the search for the missing aircraft. Based on various available inputs, search area was expanded. Ground forces also increased the search. Airborne sensors and ground teams continued the search throughout the night.

June 9: The weather in the area was poor thus, hampering the search by aerial platforms. Helicopters and transport aircraft could carry out very limited operations due to low clouds and rain. Ground teams made considerable headway into the search area, which has been progressively expanded based on inputs from multiple sources. Search on ground continued through the night.

June 8: Resources from various agencies, including ISRO brought into the operation. The area of search is mountainous and heavily forested with thick undergrowth. Weather has been inclement with low clouds and rain during most hours. Combined with the inhospitable terrain, it has posed serious challenges to aerial search operations. Search by ground teams of Indian Army, ITBP, State Police and members of local population continued in full force. However, aerial search could not be undertaken due to poor weather conditions prevailing throughout the day. IAF increased the deployment of its aircraft and has expanded the search area significantly. More and more area is being covered by airborne sensors and satellites and the imaging is being followed-up by close analysis of data for its synergistic amalgamation in search ops. CAS visited Air Force Station Jorhat to assess the ongoing search operations. He was given a detailed briefing about the operations and was apprised with inputs received so far. He interacted with families of the officers and airmen who were onboard the aircraft.

June 7: Indian Navy P8i, IAF C-130 aircraft, Mi-17, ALH and Cheetah helicopters undertook search missions. More than 150 hrs have been flown in search of AN32. Depending upon the weather extensive search was carried out using all  electronic, radar, optical and infrared sensors including satellites. Indian Army, Police, State government, Paramilitary Forces and local population assisted the IAF in search operation. Search continued throughout the night by airborne sensors and ground teams.

June 6: IAF expanded the area of search and more assets including smaller and more manoeuvrable helicopters like Cheetah were included in the rescue mission so as to approach areas inaccessible by bigger helicopters or individuals on foot. Search by IAF and Indian Army helicopters was adversely affected by localised weather in the valleys. All leads from airborne sensors including by Indian Navy being closely assessed and followed-up with search by aircraft and ground teams. The search will continue through the night.

June 5: All leads from airborne sensors closely assessed and followed-up with search by aircraft and ground teams. Search by IAF and Indian Army helicopters adversely affected by weather during the day. However, supported by Indian Army, Indian Navy, Police and State Administration, the search efforts by ground teams and airborne sensors will continue through the night.

June 4: P-8 I of Indian Navy, satellites like RISAT and aircraft equipped with multiple sensors join the concerted efforts to locate the missing aircraft. Post sunset, search by helicopters ceased but search by sensors with night capability and the ground teams continued throughout the night.

June 3: An IAF AN-32 took off from Jorhat at 12:27 hrs for Menchuka ALG. Aircraft last contacted ground control at 13:00 hrs. There was no further contact with the aircraft. C-130J, AN-32 and Mi-17 of IAF and Indian Army ALH helicopter launched to locate the missing aircraft. Some reports of possible location of crash site were received, however, no wreckage has been sighted so far.