All about Indian Army's AK-203 rifles

The AK-203 is a full-size rifle chambered in 7.62x39mm and can fire in two modes - semi-automatic and fully automatic. 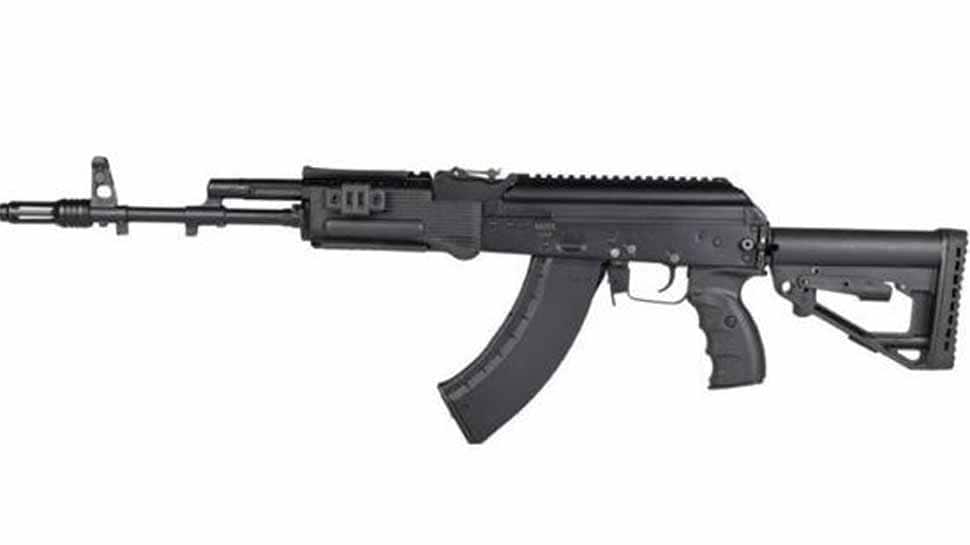 Indian Army will soon get the lethal AK-203 assault rifles, which comes from the family of the legendary Avtomat Kalashnikova-47 rifles. The AK-203 will replace the India-made INSAS assault rifles and the older AK-47 used by the Army, Indian Air Force and Indian Navy.

India and Russia have joined hands to manufacture the AK-203 rifles at Amethi's Korwa ordnance factory. The factory will make almost 7.5 lakh AK-203 rifles. The infantry troops of the Army will be the first ones to be equipped with the rifles and it will be issued to other forces later on.

The AK-203 is a full-size rifle chambered in 7.62x39mm and can fire in two modes - semi-automatic and fully automatic. The rifle comes in two sizes - full-size and compact/ carbine. Its full-size length is 940 mm and with stock folded it is 705 mm long.

It is a gas operated, rotary bolt locking rifle and can fire 600 rounds in one minute (10 rounds per second). The barrel length is 415 mm and the weight with an empty magazine is 4.1 kilogramme. The magazine can hold 30 bullets. The rifle has Krebs style safety selector levers and sports a Picatinny rail section on the top cover to mount a laser sight.

These rifles also have a new muzzle device which is an effective flash hider while the barrel is rugged enough to carry an under barrel grenade launcher. The barrel can also carry a bayonet for close quarter and hand-to-hand combat.

Russian President Vladimir Putin sent a message on Sunday on the AK-203 assault rifles which was read out by Defence Minister Nirmala Sitharaman during an event of Prime Minister Narendra Modi in Amethi, Uttar Pradesh.

"The new joint venture will manufacture world-famous Kalashnikov assault rifles of the newest 200 series and eventually will reach full localisation of production. Thus, the Indian defence-industrial sector will have the opportunity to fulfil the needs of national security agencies in this category of small arms, resting upon advanced Russian technologies," Putin said in his message.