All arrested 129 Indian students knew they were staying illegally in America: US State Department

The investigating unit of DHS had set up the fake university in Greater Detroit area to expose the "pay-and-stay" racket. 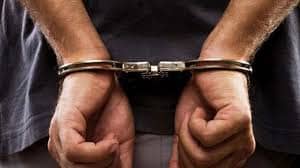 WASHINGTON: The Ministry of External Affairs on Tuesday said that according to US government, 129 Indian nationals had been administratively arrested as on January 31 for getting themselves enrolled at a fake ‘university’. According to the MEA, the Indian officials have obtained consular access to the 117 of the arrested students and efforts are on to get consular access for the remaining students.

MEA: Consular access to the remaining students, estimated at about a dozen, are continuing, including through the 24/7 helpline set up by the Embassy and outreach to the community. (2/2) https://t.co/0JXQGLgJmH

Meanwhile, the US State Department has said that all 129 Indians students knew that they were committing a crime to remain illegally in the US by enrolling themselves in a fake university.

The students were arrested by the US Department of Homeland Security (DHS) last week for enrolling at the University of Farmington in order to remain in the US, PTI reported.

The investigating unit of DHS had set up the fake university in Greater Detroit area to expose the "pay-and-stay" racket.

"All participants in this scheme knew that the University of Farmington had no instructors or classes (neither on-line nor in-person) and were aware they were committing a crime in an attempt to fraudulently remain in the United States," a State Department spokesperson said in a statement on Monday.

It may be recalled that India had issued a demarche to the American Embassy in New Delhi on Saturday, expressing its concern over the detention of Indian students. The Indian government had also sought immediate consular access to all the detained students.