A Jaipur court on Friday awarded death penalty to all four convicts in the 2008 Jaipur blast case. The four convicts - Sarvar Aazmi, Mohammad Saif, Saifur Rahman and Salman will be hanged till death, said the court today. 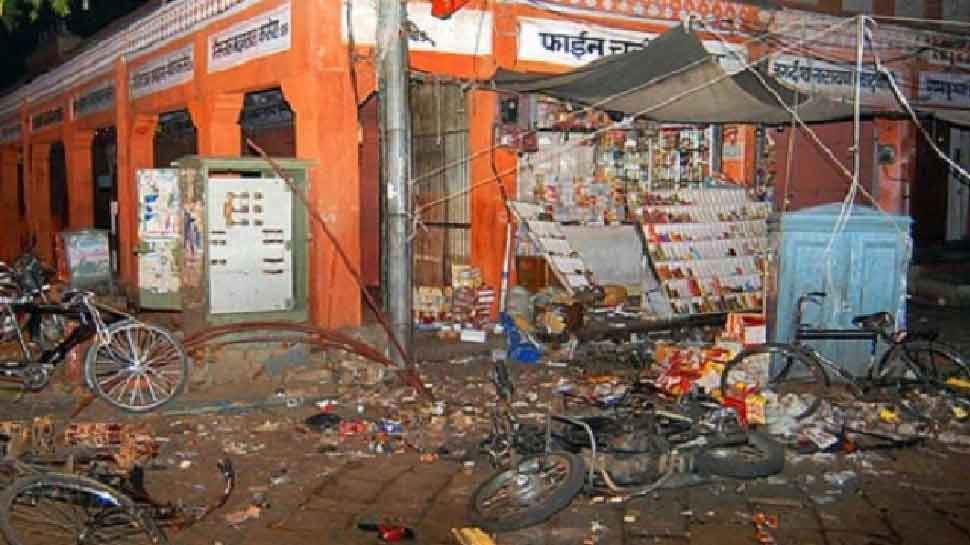 New Delhi: A special court in Jaipur on Friday awarded death penalty to all four convicts in the 2008 Jaipur blast case. The four convicts - Sarvar Aazmi, Mohammad Saif, Saifur Rahman and Salman will be hanged till death, said the court today.

All the four were convicted under sections of IPC, Prevention of Unlawful Activities Act, Explosives Act, and PDPP Act.

A total of eight cases were registered with the Manak Chowk and Kotwali police stations in connection with these blasts. The case was investigated by the Rajasthan ATS and charge sheet filed against five people.

On May 13, 2008, a series of nine synchronized bomb blasts in fifteen minutes at various locations in Jaipur left 72 people dead and over 170 injured.

The terrorists had triggering nine blasts in a span of 15 minutes in crowded market areas and near a Hanuman temple in Jaipur killing more than 70 people. Bangladesh-based terror group Harkut-ul-Jehadi Islami (HuJI) was suspected to be behind the serial blasts.

The use of RDX was suspected in the carefully orchestrated low-intensity explosions which were set off from cycles in areas including near Hawa Mahal which are frequented by domestic and foreign tourists.

The blasts had rocked Tripolia Bazar, where a large number of devotees turned up at a Hanuman temple, Johari Bazar, Manas Chowk, Badi Choupal and Choti Choupal -- all located within a two-km radius in the old city. The police had managed to defuse four explosives, including one near the Hanuman temple.