All you need to know about the Nipah virus

In infected people, it causes a range of illnesses from asymptomatic (subclinical) infection to acute respiratory illness and fatal encephalitis. 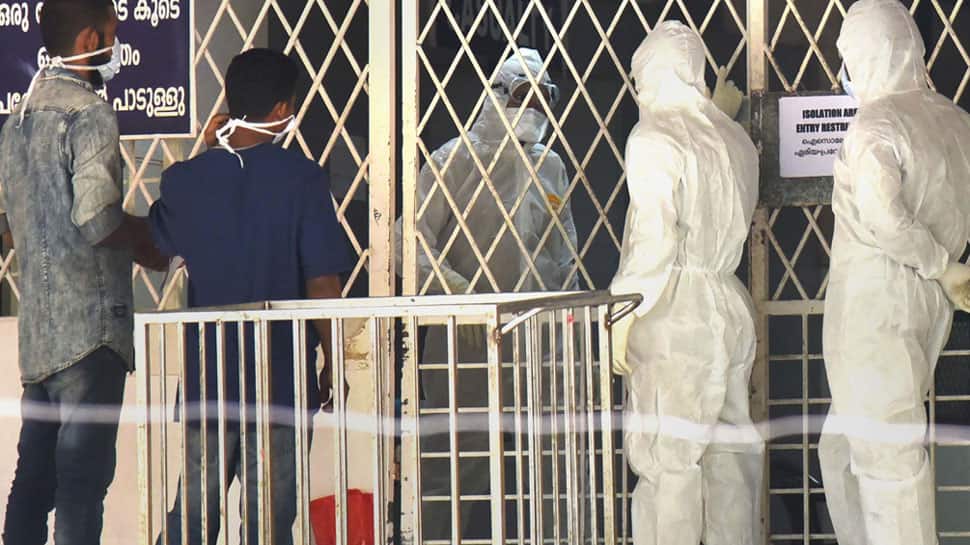 Nipah virus is a zoonotic virus, which means it is transmitted from its reservoir (natural wildlife host), the flying foxes (fruit bats), to both animals and humans. The disease can also be transmitted through contaminated food or from one person to another, according to the World Health Organisation (WHO). It takes its name from Sungai Nipah, a village in Malaysia where it was first identified in 1999. In infected people, it causes a range of illnesses from asymptomatic (subclinical) infection to acute respiratory illness and fatal encephalitis. The virus can also cause severe disease in animals such as pigs.

Nipah virus was also recognized in Bangladesh in 2001, and since then nearly annual outbreaks have occurred there. The disease has also been identified periodically in eastern and southern India. This year in Kerala, a 21-year-old college student tested positive for the virus. Last year, the Nipah virus killed 17 people in the state.

In outbreaks in Bangladesh and India, consumption of fruits or fruit products (such as raw date palm juice) contaminated with urine or saliva from infected fruit bats was the most likely source of infection. Human-to-human transmission of Nipah virus has also been reported among family and caregivers of infected patients. The case fatality rate is estimated at 40 per cent-75 per cent.

Symptoms: The infected people initially develop symptoms including fever, headaches, muscle pain, vomiting and sore throat. This can be followed by dizziness, drowsiness, altered consciousness, and neurological signs that indicate acute encephalitis. Some people can also experience atypical pneumonia and severe respiratory problems, including acute respiratory distress. Encephalitis and seizures occur in severe cases, progressing to coma within 24 to 48 hours.

The interval between infection to the onset of symptoms is believed to range from 4 to 14 days. However, an incubation period as long as 45 days have been reported. Most people who survive acute encephalitis make a full recovery, but long term neurologic conditions have been reported in survivors.

Precautions: In the absence of a vaccine, the only way to reduce or prevent infection in people is by raising awareness of the risk factors and educating people about the measures they can take to reduce exposure to the Nipah virus. Efforts to prevent transmission should first focus on decreasing bat access to date palm sap and other fresh food products. Keeping bats away from sap collection sites with protective coverings (such as bamboo sap skirts) may be helpful. Freshly collected date palm juice should be boiled, and fruits should be thoroughly washed and peeled before consumption. Fruits with the sign of bat bites should be discarded.

Gloves and other protective clothing should be worn while handling sick animals or their tissues, and during slaughtering and culling procedures. Close unprotected physical contact with Nipah virus-infected people should be avoided. Regular hand washing should be carried out after caring for or visiting sick people. Health-care workers caring for patients with suspected or confirmed infection, or handling specimens from them, should implement standard infection control precautions at all times.

As human-to-human transmission has been reported, in particular in health-care settings, contact and droplet precautions should be used in addition to standard precautions. Airborne precautions may be required in certain circumstances. Samples taken from people and animals with suspected Nipah virus infection should be handled by trained staff working in suitably equipped laboratories.

Treatment: Unfortunately, there are currently no drugs or vaccines specific for the virus infection. Intensive supportive care is recommended to treat severe respiratory and neurologic complications.