Amar Singh dies at 64, here's a look at some of the controversies of ex-Samajwadi Party leader and Rajya Sabha MP

Former Samajwadi Party leader and Rajya Sabha MP Amar Singh died in Singapore on Saturday (August 1, 2020). He was 64. Singh was admitted to a hospital in Singapore to undergo treatment for kidney-related ailments. He is survived by wife Pankaja and twin daughters. 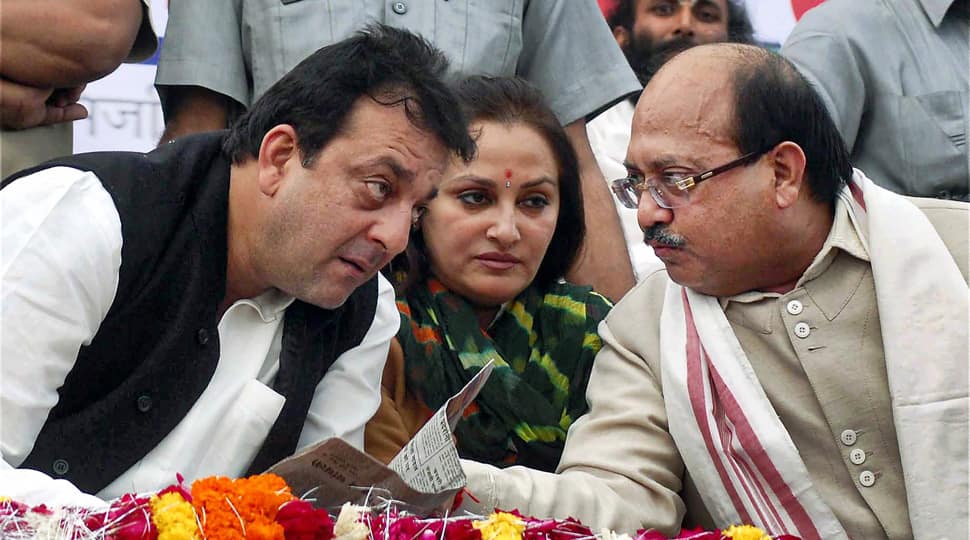 Former Samajwadi Party leader and Rajya Sabha MP Amar Singh died in Singapore on Saturday (August 1, 2020). He was 64. Singh was admitted to a hospital in Singapore to undergo treatment for kidney-related ailments. He is survived by wife Pankaja and twin daughters.

Born on January 27, 1956 at Aligarh in Uttar Pradesh, Singh was a flamboyant businessman-politician, who once counted India’s most influential icons from industry, politics and Bollywood among his closest friends, including megastar Amitabh Bachchan.

Singh had friends in all political parties but he was also known for his controversial political decisions and statements. Here are some of the controversies involving the late leader:

Amar Singh was allegedly involved in a cash-for-votes scam when the United Progressive Alliance government was facing a trust vote in Parliament. He was chargesheeted for this alleged act of purchasing votes.

Amar Singh was allegedly heard fixing deals with top officials across various professions – politicians, businessmen, bureaucrats and members of the Bollywood industry over phone calls, which was 'exposed' by the media in 2011. Amar Singh had denied these allegations, saying that it was not his voice in the recordings.

A 2006 controversy surrounding Singh’s telephone conversations, after his phone was illegally tapped, snowballed into a major storm, especially with regard to a purported inappropriate conversation between him and Bollywood actor Bipasha Basu. Singh had denied the remark was made to Basu, saying it was from a conversation with a male friend.

Amar Singh and the Bachchans

Amar Singh and actor Amitabh Bachchan were once very close friends and even the politician said that he considered the actor like his elder brother. Amar Singh was one of the biggest support to Amitabh Bachchan when his Bollywood career was going through a bad phase. Singh even mentored the political career of Jaya Bachchan during her stint with the Samajwadi Party. However, the friendship started sinking during 2009 Lok Sabha elections. Singh wanted Jaya to quit SP after he was expelled from the party, but the actress-turned-politician did not agree to do so.

In July 2008, a massive controversy broke out when Amar Singh accused Bahujan Samaj Party (BSP) supremo Mayawati of kidnapping six MPs of his party from Uttar Pradesh and holding them captive in Uttar Pradesh Bhavan ahead of the crucial trust vote. Later, the six MPs including him were expelled from the party.

A CD which purported to have a conversation between Singh, Samajwadi Party chief Mulayam Singh Yadav, and former law minister Shanti Bhushan. On the CD, Bhushan is allegedly heard suggesting that a judge could be bribed for Rs 4 crore for a desired court verdict.