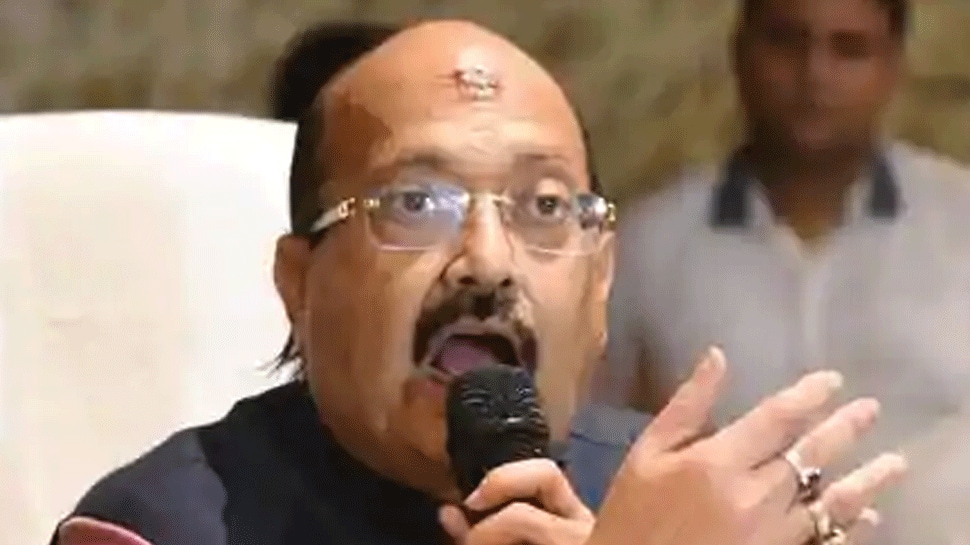 NEW DELHI: Former Samajwadi Party leader and Rajya Sabha MP Amar Singh died in Singapore on Saturday (August 1, 2020). He was 64 years old and had been undergoing treatment in Singapore for a long time. He is survived by wife Pankaja and twin daughters.

The Rajya Sabha MP, who was under treatment there, had earlier undergone a kidney transplant. He had suffered kidney failure in 2013.

Earlier this morning, Singh had tweeted a tribute to freedom fighter and educationist Bal Gangadhar Tilak on his death anniversary and also wished Eid Al Adha to all his followers.

Earlier on March 22, Singh had posted a short video message on Twitter from the hospital bed. In the video, he made an appeal to all his followers to support Prime Minister Narendra Modi in the fight against coronavirus.

“Tiger Zinda Hai,” he had written in his short message posted along with the video.

As the news of his demise spread, condolences started pouring in from various quarters.

Condoling the death of Amar Singh, Prime Minister Narendra Modi described him as an energetic public figure, who had witnessed some major political developments from close quarters.

President Ram Nath Kovind also condoled the death of Rajya Sabha MP Amar Singh, saying that he was a man of many parts and an able parliamentarian.

BJP leader Shahnawaz Hussain paid tributes to Amar Singh. "No matter which party he belonged to, he had good relations with everybody."

Kalraj Mishra, another senior BJP leader, expressed grief on Amar Singh's death. ''He will be remembered for all his contributions. "We had very close relations. This is a personal loss for me," he said.

The Youth Congress said, "We are deeply sorry at the passing away of Rajya Sabha MP Shri #AmarSingh. We express our condolences to his family and loved ones. May God give them strength in this time of grief."

We are deeply sorry at the passing away of Rajya Sabha MP Shri #AmarSingh.

We express our condolences to his family and loved ones. May God give them strength in this time of grief. pic.twitter.com/I13CRuzGZp

"My sincere condolences to the family of Shri Amar Singh ji. I express my deepest condolences to his bereaved wife and daughters in this sad moment," Congress general secretary Priyanka Gandhi Vadra tweeted.

He spent a brief period in judicial custody in 2011 and finally retired from politics.

In 2016, he was elected to the Rajya Sabha with support from Samajwadi Party. He was reinstated as one of the general secretaries of the party in October 2016.