Amar Singh's mortal remains brought from Singapore to Delhi; to be taken to Chattarpur farmhouse

The mortal remains of former Samajwadi Party leader and Rajya Sabha member Amar Singh, who passed away on Saturday (August 1) in Singapore due to kidney-related ailments, was on Sunday brought to India on a special flight. 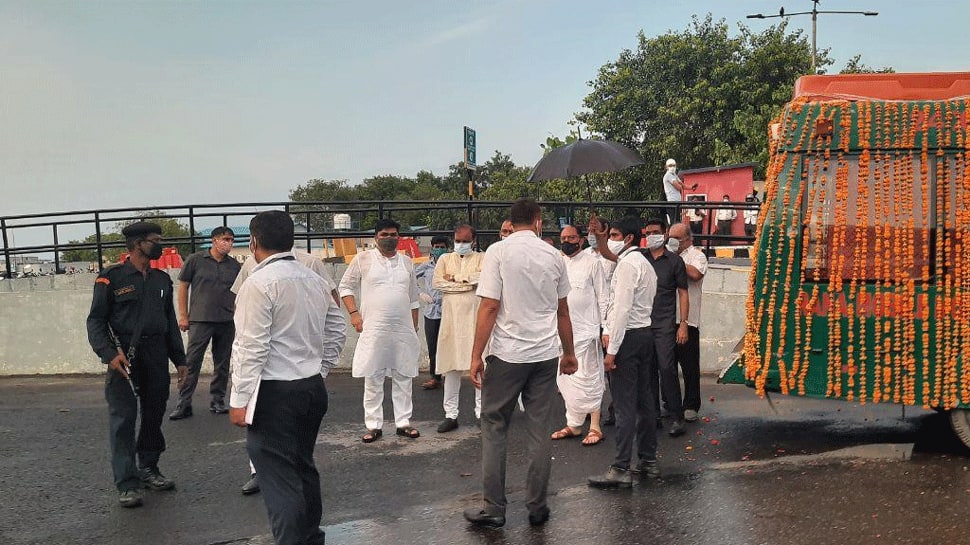 NEW DELHI: The mortal remains of former Samajwadi Party leader and Rajya Sabha member Amar Singh, who passed away on Saturday (August 1) in Singapore due to kidney-related ailments, was on Sunday brought to India on a special flight.

Singh's mortal remains reached New Delhi at around 6 pm, said reports, adding that from there, it will be taken to his farmhouse at Chattarpur in Delhi. Sources close to the family of the late politico said that Singh will be cremated on Monday.

Sources said that Singh's relatives and close friends have reached Delhi to attend his funeral. It is learnt that his wife Pankaja and his twin daughters were present at the hospital in Singapore when he breathed his last.

Singh had been at ill health for some time and was undergoing treatment at a hospital in Singapore over the last couple of months. He had earlier undergone a kidney transplant. He had suffered kidney failure in 2013.

In March, Singh had posted a short video message on Twitter from the hospital bed in which he made an appeal to all his followers to support Prime Minister Narendra Modi in the fight against coronavirus. "Tiger Zinda Hai," he had written in his short message posted along with the video.

Six years ago, it was reported that Amar Singh had been suffering from kidney-related complications and was receiving treatment for the same in Dubai. However, he later returned to political life in 2016, when he was elected to Rajya Sabha with support from Samajwadi Party even after facing stiff opposition from a section of the party including the then Uttar Pradesh Chief Minister Akhilesh Yadav.