With the safety of pilgrims of utmost importance, authorities chose to take no chances and wait for weather conditions to improve before restarting the Yatra. 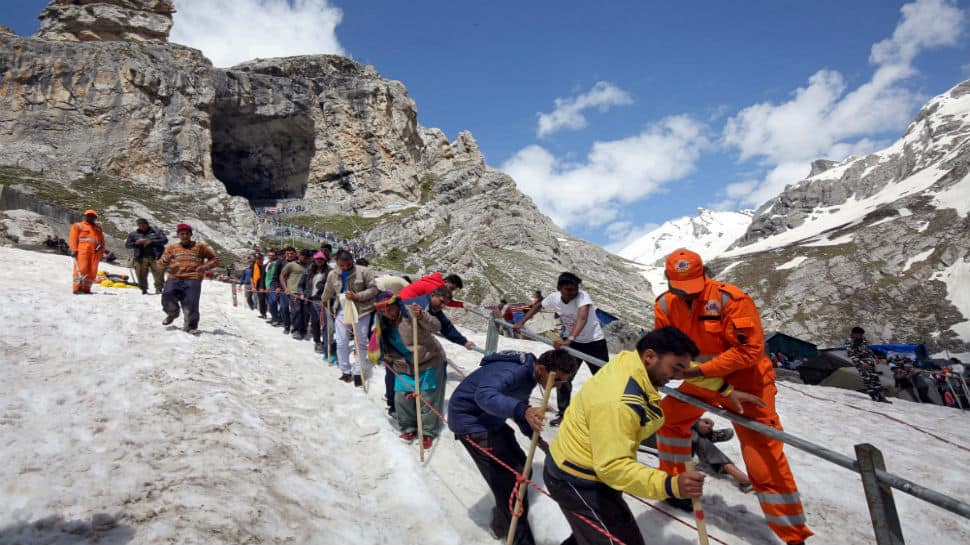 Hundreds of pilgrims on Sunday were halted en route Amarnath shrine due to bad weather. The Yatra had to be suspended for the day as conditions were seen as too risky for the progress of the pilgrims to be permitted on either of the two routes.

There has been intermittent rainfall all along the nearly 300-kilometre-long Jammu-Srinagar highway since Saturday. Moderate rainfall also lashed the twin tracks of Baltal and Pahalgam which are used by the pilgrims to reach the cave shrine from the two base camps.

With the safety of pilgrims of utmost importance, authorities chose to take no chances and wait for weather conditions to improve before restarting the Yatra.

The Yatra this year has already seen two suspensions - first on July 4 when inclement weather forced a pause and then on July 8 owing to heavy rush.

Unprecedented security arrangements have been seen for the Amarnath Yatra this year and the comfort and convenience of pilgrims too have been given priority. Over three lakh pilgrims have completed the Yatra so far. Governor Satya Pal Malik had expressed his satisfaction over the increased flow of Yatris and recorded high appreciation of the coordinated effort made by the various agencies responsible for the Yatra.