Nimitz aircraft carrier was a part of wargames along with USS Theodore Roosevelt on South China Sea. 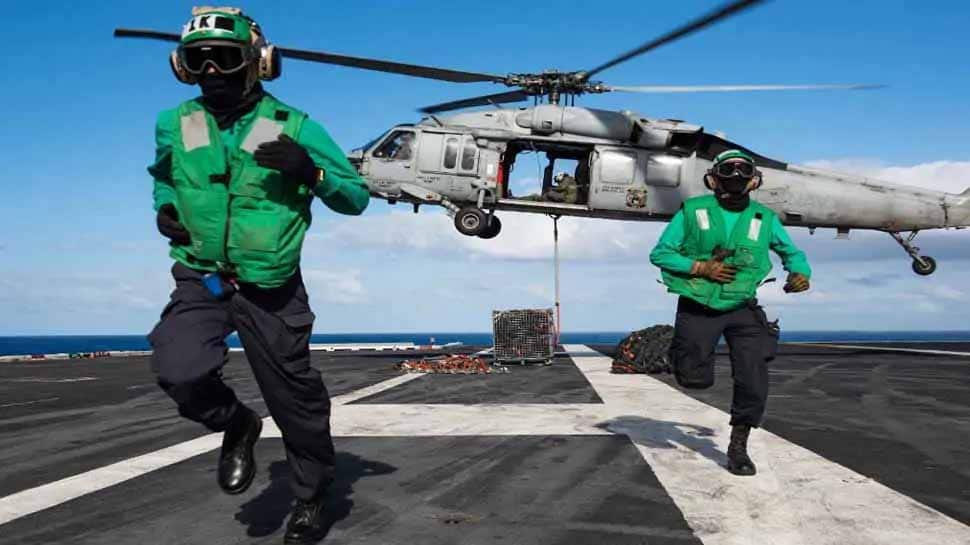 New Delhi: US Navy's USS Nimitz, the world's largest warship is likely to conduct naval exercises with India off the coast of Andaman and Nicobar island.

Nimitz is already present at Indian ocean via Malacca Strait. The strait, a narrow stretch between Malaysia and Indonesia is a crucial global choke point from which considerable global oil flows to rest of Asia including China.

The likely India-US exercises could happen on the lines of similar exercise India had conducted with the Japanese Naval forces in June 2020. The India-Japan naval exercises was termed as "Passex" or passing exercises.

Nimitz aircraft carrier was a part of wargames along with USS Theodore Roosevelt on South China Sea.

Both conducted dual carrier operations in the Philippine Sea which according to US Navy was to "demonstrate our commitment to regional allies, our ability to rapidly mass combat power in the Indo-Pacific, and our readiness to confront all those who challenge international norms that support regional stability.”

The development is also significant given the increased Chinese presence in the Indian ocean. China has its only overseas military base in Djibouti in the horn of Africa, located strategically at the mouth of crucial sea lanes connecting Suez canal, gulf of Aden and wider Indian ocean.

The development comes amidst China's aggressive behaviour. Last month, India and China were engaged in a violent skirmish at the Ladakh border after "Chinese side took pre-meditated and planned action that was directly responsible for the resulting violence and casualties", the Ministry of External Affairs claimed.

Meanwhile, it looks a significant possibility that Australia may join India, US and Japan for Malabar exercise expected to take place later this year. All the four countries already have a working arrangement called 'quad' whose foriegn ministers met last year.